A report by venture debt firm Trifecta Capital states that the participation of women in the Indian funded startup ecosystem stands at 22%, largely mirroring trends in the West. The report titled Human Capital in the New Economy - Benchmarks and Best Practices 2019 reveals that diversity in the startup workforce gets better as companies raise more financing.

The participation of women in the funded startup ecosystem, at 22% is however slightly lower than in the US where women participation in startups stands at 26 %, which is again lower than the broader economy. However, larger Indian companies do better on this front. 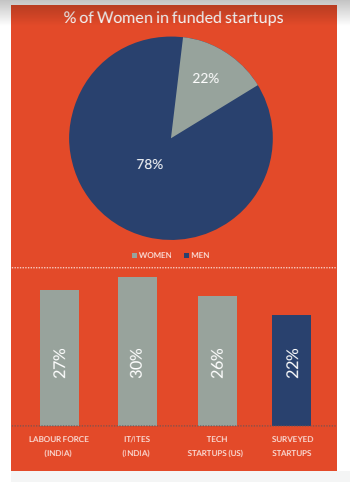 However, the silver lining is that diversity gets better as companies raise more financing. Participation of women increases by 2-4% from Series A to Series B/ Growth stages. Focused interviews reveal deep-rooted cultural reasons, as certain functions in India are more acceptable to hiring women than others viz. customer service, design, HR. Typically companies add talent to these functions at later stages of their journey. 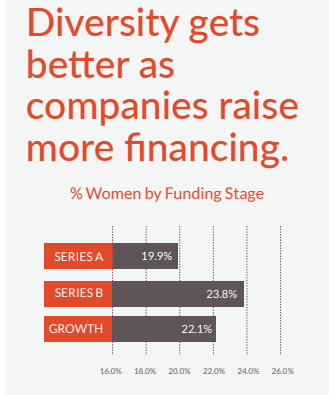 However, as companies grow even more, especially in the vertical ecommerce sector, diversity can take a hit, as a large part of their workforce consists of front end delivery teams which largely comprise of men.

The absence of concrete steps to remedy the situation can lead to exclusion of a key category of talent for startups. This demands the attention and focus of senior leaders across the ecosystem. ,

The report surveyed 45 companies, representing an estimated 49,161 employees across functions as diverse as Technology, Sales, Operations, Customer Service, Logistics, HR, Finance, etc. across startups including BigBasket, Quikr, Razorpay, Urban Clap, Zolo, and Practo, and across funding rounds. These included companies across Series A, Series B and Growth Stages of funding.

While it is heartening to note that diversity in startups is on the rise, however much remains to be done to increase the participation of women overall, pointing out to the vats opportunity which lies ahead for talent leaders in startups.

Shweta is working as a Senior Features Writer with People Matters. You can reach out to her at shweta.modgil@peoplematters.in.
NEXT STORY: Online learning startup Coursera raises $103 Mn

Managing employee experience in times of crisis: How to do it right?