"Organizations will forever be stuck in circular conversations around gender diversity until Boards and CEOs apply commitment, focus, and discipline to the promotion of women in the workplace" – Kate Barker

Kate Barker is an HR futurist with a focus on leading global consulting teams on leadership and digital transformations. Kate has extensive experience in partnering with boards and c-suite executives on digital strategy, strategic talent management. She has proven success in selling, leading and structuring world-class global consulting programs. She has lived and worked in Australia, London, Singapore, UAE, and the USA.

Currently, consulting on organizational culture, values and leadership for $500b Futurist-City, NEOM- A Vision 2030 mega-project to build an entirely new land, purpose-built for a new way of living in Saudi Arabia.

Previously as Managing Director, PWC leading the HR practice for SEA and as Global Director, Consulting Services at Ernst & Young, Kate led a global consulting team. She is also a public speaker and thought leader, an accredited executive coach certified in an extensive range of national and global psychometric instruments and is a Professional Mentor for The Lucy Program & AHRI.

In an exclusive interaction with People Matters, Kate Barker touches upon different facets of the never-ending gender diversity conundrum including women leadership, the hurdles ahead, and more.

Organizations continue to report their commitment to gender diversity but the proportion of women in across organizations barely budges and the overall women’s progress at work remains stalled. As a woman leader, what do you think is the way forward?

It’s time for organizations to take bold steps and bold steps require bold leadership. The 2018 World Economic Forum report found that economic disparity between women and men around the world was rising even though the gap was closing on education. This year, it has calculated the gap would take until 2186, that is 170 years!

Organizations will forever be stuck in circular conversations around gender diversity until Boards and CEOs apply commitment, focus, and discipline to the promotion of women in the workplace. True change takes time, focus and discipline. It’s proven that the problem will not correct itself. Appointing more women onto Board and into P&L roles will significantly help accelerate the talent and leadership pipeline, but it requires commitment. 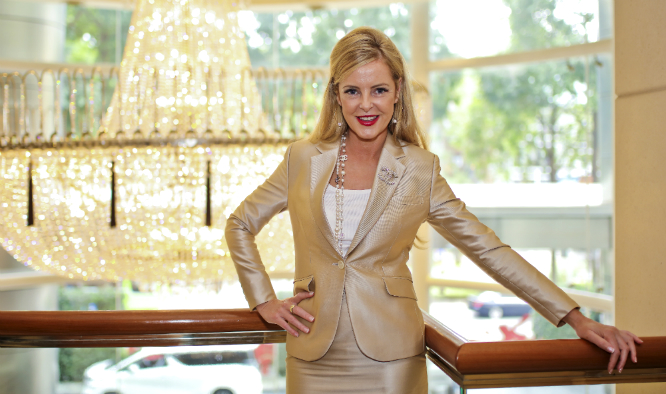 However, diversity without inclusion is not enough. Simply put, it's worth far less than when the two are combined. In fact, organizations with inclusive cultures are twice as likely to meet or exceed financial targets, three times as likely to high performing and six times as likely to be innovative and agile, according to a Deloitte report of 2017.

What are some patterns you’ve noticed over the years about women at work, and things they could be doing better to advance their careers?

Stay curious and hone your talents: One of the biggest challenges currently facing women is equality in the workplace. My advice for women leaders everywhere is to go for what they want in their careers and not to give up. Hone the skills necessary to give you those opportunities such as your leadership development and, emotional intelligence. Raise your hand in meetings. Speak up, and be heard.

Build A Sisterhood: Garner support from other women. My advice to women worldwide is to support and empower each other, starting with our basic principles of who we are — our morals, values, integrity. Be humbled, show togetherness, passion, excellence, and enthusiasm toward laying the foundation for our progress through our work.

Building Alliances with Decision-Makers: My female clients come to me because they've been put down, pushed aside, or overlooked for promotion repeatedly. I suggest women build healthy relationships with advocates, create a strong personal brand, establish guidelines before each project, position themselves as experts in their field, and communicate with confidence.

Become a Member of the C-Suite: Women everywhere are making auspicious moves in the workplace. They are taking more risks and preparing themselves to take on more challenging roles. That said, one of the greatest obstacles they face is making their way to the C-suite. My advice is that they take the bull by the horns: Know what you want and be relentless in your preparation. Equivocation will always be your worst enemy. As for that promotion, salary rise. If you don’t ask, the answer will always be no. Once you're there on the C-Suite team, throw the ladder back down to other women.

Stand in their own Success: Some women leaders shy away from speaking on their accomplishments for fear of being boastful or conceited. Women tend to think that it's needed to shrink themselves to seem non-intimidating. I advise women to gain the confidence to know that if they're in the room, that means they deserve to be there. Shrinking does nothing but delay your voice from being heard and taken seriously.

Tackle Imposter Syndrome: The biggest challenge female leaders face is an inability to internalize their accomplishments. By tackling imposter syndrome, understanding the root cause and seeking accurate feedback, they are able to better develop their leadership.

Re-Entering the Paid Workforce: Relaunching a career after a long hiatus as a full-time caregiver for children or aging parents is challenging. It requires combating ageism, rebuilding confidence, reconstructing a network, dusting off old skills or developing new ones, and catching up on technology. Women leaders -- help these relaunchers advance themselves, even if your path was different and didn't include a career break.

What work still needs to be done to level the playing field in the c-suite and boardroom? How do you see the future of women leadership?

Tangible goals make ambitions real. Nothing ignites greater debate than the setting of targets and quotas. We have seen organizations that have set and publicly announce D&I targets and as a statement of serious intent, indeed achieve if not exceed these targets. When leaders’ remuneration and promotion opportunities are built into targets we see real movement towards a level playing field.

Most organizations will need to transform their cultures to become fully inclusive and level the playing field. This requires performing a culture reset, not a "tick-the-box" program or simply unconscious bias training. Whilst an overwhelming majority of organizations aspire to have an “inclusive” culture in the future, Deloitte’s survey results have found that actual maturity levels are very low.

The Future of Women in leadership is very bright. Today’s twenty and thirty-somethings are living in a completely different world relative to where women were financially in the mid-70s. In fact, today’s young women could become some of the most financially independent women in history.

Given this Fourth Industrial Revolution, how do you envision the future of work? And how will the transformations in profession, skills, and workplace culture affect and impact women?

Companies are losing talented women in their thirties because that’s when many have children and face the “kids versus career” decision. Many choose kids. The Fourth Industrial Revolution could work in favor of these women in the short term.  As household work is further automated; it may relieve part of the dual burden of being both a caregiver and a breadwinner. At the same time, changes in the nature of work – such as an increase in opportunities for remote working – make it easier for both parents to better combine work and family.

Several global studies show that companies that employ more senior women outperform their competitors in every major profitability metric. Who doesn’t want that? When we present executive committees with the data, it’s not about political correctness or diversity; it’s about the bottom line. These companies are improving their productivity and profitability by cultivating and keeping female talent.

Most jobs created between now and 2020 will have a technology component, and it is important that women understand the skills they will need to excel in them. This is an opportunity for women to create new career paths and differentiate themselves. The new digital landscape will also provide female entrepreneurs with the flexibility to start businesses with a relatively small amount of investment, and to sell their products and services across the globe. Last August, eBay announced that it will have products from vendors across six African countries on its platform, an opportunity that didn’t exist before. Demand may also grow for jobs that machines cannot perform, jobs that rely on intrinsic human traits and abilities such as empathy, compassion, and cross-team collaboration, skills often attributed to women.

Despite movements such as MeToo, harassment continues to plague women in the workplace coupled with the struggle with the intersection of work and home life. What according to you is the need of the hour?

Create behavior change by rewiring processes and practices and rewire the system to rewire behaviors. The elimination of inappropriate conduct, the measurement of inclusive behaviors and improvements in an organization’s diversity profile are all key to driving change. To achieve those goals, organizations need to rewire policies, processes, and practices across the full employment lifecycle from recruitment to retire.

Coming to APAC, according to BCG’s last report on gender diversity in SEA 2017, the higher up the leadership chain, the fewer women you find. What needs to be done to empower women at work?

I am delighted to say that as of December 2018, the representation of women on boards in the top 100 primary-listed SGX companies had increased to 15 percent from 7.5 percent over the past 4 years. Singapore can certainly continue to work on improving this number to 50 percent.

A report by the Ministry of Manpower, Singapore, also revealed that women in Singapore are on average paid at least 10 percent less than men for doing the same job in most sectors. What’s your take on this?

The gender pay gap in Singapore has not improved in the last 10 years. Its time for a change!

Analyses of equal pay gaps are sort of the new diversity report in the sense that companies seem to be releasing their salary discrepancy numbers in an effort to attract and retain female employees. We have seen organizations work with a third-party firm to complete the analysis report, and identify the scope of the challenge. In fact, some progressive organizations have seen that less than 1 percent that did not have pay parity, and surprisingly, not all of them were female. Yes, even some men received raises as a result of the equal pay analysis.

Pay transparency is a double-edged sword, capable of doing as much or more damage as good. Broadcasting pay is as likely to demoralize as it is to motivate. Organizations can take a leadership role and identify pay discrepancies for both men and women.

Mastufa is the Editor with People Matters Global. He covers the global talent and tech industry including #People #Data #Tech #Culture #Leadership #Innovation and #FutureOfWork.
NEXT STORY: Women at work: Inspiring books to read this Women’s Day
Also Read: To be truly gender-inclusive workplace, we need to enable level playing field: IKEA India's Parineeta Cecil Lakra
Also Read: Women’s representation in the 100 Best Companies for women in India increases by 2 %