Article: The best way to kill a company is to give steady income: Nassim Nicholas Taleb

Steady incomes do not a secure future make! Nassim Nicholas Taleb, acclaimed author and risk expert could not have chosen a stronger statement to make in favor of building anti-fragile organizations in his opening keynote at TechHR India 2020.

No wonder his own career path has been a sort of tryst with anti-fragility as he chose to do things in the reverse order- he became a trader first and a professor and a scholar later while most people choose to study first and train later. It is probably why he sees things differently-or as he aptly puts it, “If you have theory in your head, reality sort of bothers you. But if you come from reality, and what theory it fits, it’s a completely different methodology.” The skill-theory spectrum is where nations like India and Germany find themselves on completely different poles. In Germany, you learn by apprenticeship and practice- so there you teach people skills and theories and that’s where the future of countries lies.

Delving further into environments, Taleb says they fall into two categories- Mediocristan and Extremistan. When you analyze the impact of black swan events on the two, the outliers do not have big consequences in the Mediocristan environment. So when your sample becomes large, from 1,000 to 10,000 the effect dilutes completely. 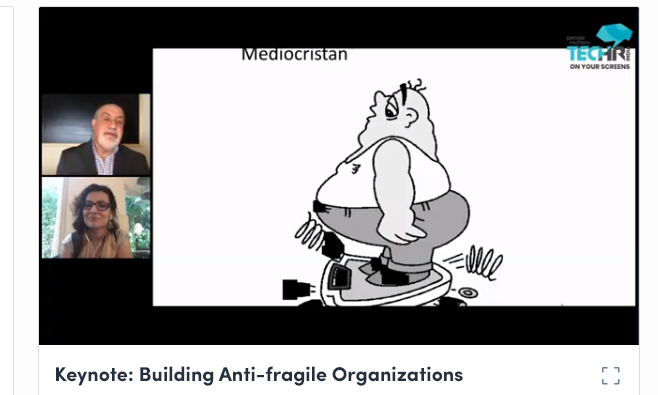 However, in Extremistan, everything comes from extreme-and the COVID-19 (or viruses) is an example of something that comes from the extreme environment. We have a winner-takes-it-all effect of viruses because of the structure of connectivity. 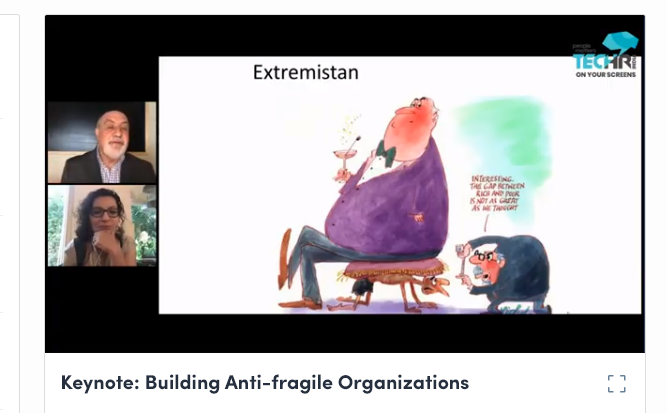 One conference in Las Vegas today can be a super spreader event that could spread a virus globally in 4 days today- which was not the case in earlier times. Hence it’s very important to understand the kind of environment to understand the impact of outlier events. And it is here that people make the mistake of not understanding the difference between the two environments and thus failing to realize the impact these outlier events can cause because risks are multiplicative in Extremistan. That’s why even though numbers for risk in Extremistan can be low but you have to take them seriously and kill them in the egg. 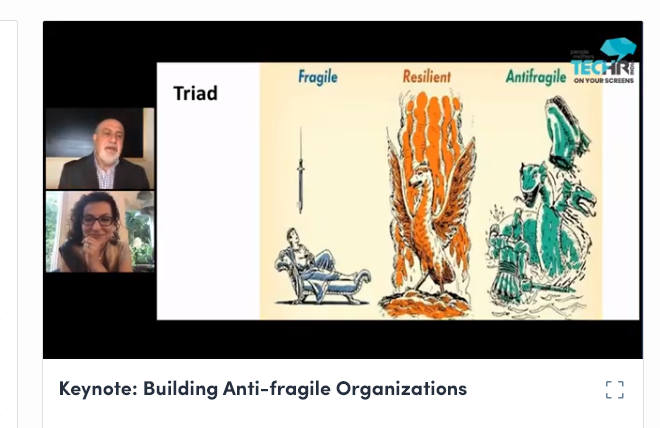 Just as lifting weights in the gym is a stressor for your physical strength. Anti-fragile things gain from these stressors or disorder. And systems can be anti-fragile via the mechanism of overcompensation. For instance, a plane crash in the past guarantees the next flight is going to be safer over the years.

That’s exactly why volatility is important for organizations as well. The best way to kill a company is to give a steady income, reveals Taleb. If you don’t have a stressor for a company, it will do well for some time but then blow up one day.

Volatility is great training to adapt to get better. A steady income means a higher probability of going bankrupt in the coming years than if you have a volatile income. Because volatile income forces companies to adopt a lot more. Ultimately, as a company, Taleb says the first thing you want is not to be fragile, which means distinguishing between volatility and stability. Ultimately, it’s volatility that helps you gain stability.

Shweta is working as an Editor with People Matters. You can reach out to her at shweta.modgil@gopeoplematters.com
NEXT STORY: Leading through COVID-19 and beyond
Also Read: Disruptive, dynamic & daring: The pioneers are set to share their transformative journey at People Matters L&D India 22
Also Read: Should employers show their softer side on LinkedIn?