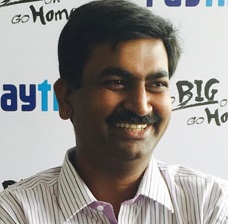 Since what they are working on is so close to their hearts, I believe entrepreneurs are really good at convincing people and impressing them with their world view. Their faith in their mission works as a good attracting point for the core team. They must build traction by talking about their idea and their vision on various forums and by engaging people directly. Chances are that it would reach those who would be interested.

The core team members must have a thorough understanding of the business. Startup culture thrives on the energy the people bring to the table, to nurture their mission. I suppose this sense of purpose binds people and helps retain them to a certain extent too. It also helps if the founders are totally honest and upfront about what’s going on, because a new business at that stage has to go through many ups and downs. Being totally transparent helps build and maintain the trust that others have shown in them.

There is no doubt that talent is crucial to success. Therefore, it really helps to get an HR person on board early – again, one who clearly grasps the business aspect. Until a certain stage the entrepreneurs can juggle and manage many roles by doubling up, but eventually, they have to not just scale up their team building, but also strive to get the people aboard to become their brand and culture ambassadors.

The editorial team at People Matters has features writers, researchers and content experts with rich domain knowledge. We endeavour to create an impact on the HR community through thought-provoking and futuristic content.
NEXT STORY: How out-of-the-box hiring has solved talent problems at Qilo?
Also Read: Dad's Day Out: Working fathers and fatherpreneurs on work-life balance
Also Read: Dream big: Meet the mentors of People Matters TechHR Startup Program 2022

Dad's Day Out: Working fathers and fatherpreneurs on work-life balance

Step into the future of work at TechHR India 2022