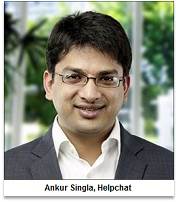 As a founder, it was difficult for me to initially connect with potential hires as I didn’t have access to the various technical networks that startup founders usually have and I was of a legal background. And despiteactively using both social media channels and startup events as a platform to talk about my idea, I wasn’t able to attract talent to join my core team. The need was to approach the problem head on and look for people who could fill key positions of the core team. But often there’s no guarantee that an approach would work. What one needs is the ability to adapt and take alternate routes to achieving the goal. In my case I decided to focus on scaling my business. This would attract talent on its own. I realized the more I focused towards making the business better, more were the number of people who wanted to join in. 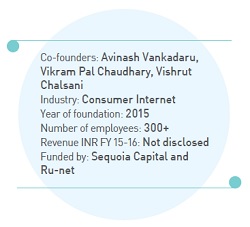 So an effective way to attract the right talent was to work on the business model to ensure people get motivated to join and work in your startup. It becomes difficult to attract people without business traction. In my case, once the business was gaining traction, one the current co-founders wrote that he would love to join and sent across a power point presentation on how he would be able to add value to the idea. The other two of the co-founders who came on board had similar unstructured paths toward joining us. For us there has been no formal networks, no IIT degrees. For me, the only solution was to focus on execution and hope that good talent would come flowing in. And my way of communication is very open, I try and encourage people to ask uncomfortable questions and also about products orwhat they want the founders to do etc. Moreover, once you scale up, and when you have a change in business direction, you should use the people who are already with you, instead of going to the market and finding new people for the roles created.

The editorial team at People Matters has features writers, researchers and content experts with rich domain knowledge. We endeavour to create an impact on the HR community through thought-provoking and futuristic content.
NEXT STORY: How to make reference checks work in your favour
Also Read: Dad's Day Out: Working fathers and fatherpreneurs on work-life balance
Also Read: Dream big: Meet the mentors of People Matters TechHR Startup Program 2022

What makes a workplace LGBTQ+ inclusive?

Executive education makes a transition, from 'good to have' to 'must have' : BITS Pilani WILP CEO Rajiv Tandon

Why are organisations increasingly choosing to invest in LGBTQ+ talent?

Dad's Day Out: Working fathers and fatherpreneurs on work-life balance

Step into the future of work at TechHR India 2022