Article: Building a business case for Blockchain in HR

Blockchain can be touted as one of the biggest digital disruption in the current decade and it is expected that it will continue to do so. It is expected that HR is one such area where it going to make a huge impact and it is going to remove a lot of dependence on intermediaries such as shared services etc. if it is said that the last decade for HR was on shared services, then this decade it would be on Blockchain disruption in HR.

However, the question arises, that what exactly blockchain is going to deliver in HR. Most significant studies on the positive impact on the blockchain in HR started figuring since late 2017 in the academic dissertations & journals. The most important for any HR digitization manager is to figure out building an important business case for it. A business case suggested by Deloitte Workshop (The Next Web HardFork 2019). The first question that needs to be answered is what exactly is the HR problem you’re solving? Typically, in HR background verification is an expensive affair which costs companies 1000 INR and even after that, those verifications are not full proof. Imagine the cost a company would be incurring in case it recruits 1000 employees on an average. It would be around: 10,00,000 INR. Many companies have also started exploring on AI based crawlers which would scan through all available information publicly about the candidate across the world wide web and yet return empty handed since not many employees put their data on public domain & its veracity remains an issue.

Once the first question establishes the sense of urgency, it is time to move to the 2nd question i.e.:  what the application will do if we take the case for background verification. This is a difficult question since Blockchain is considered as panacea for background verification based on the e-certification & digital tokens generated. However, one should be cautious here, blockchain in itself will not verify because after all it is a ledger and it is important to note that the Blockchain is an enabler and not the means to itself. So, the real application tools to verify needs to be identified. Once you have answered specifically as to what applications within Blockchain is established such as the type of search Engine etc.

The third most important questions are to ask yourself 3 questions on the business assumptions of establishing a Blockchain to solve a business problem. “Why do people want to have this”? Does the Blockchain ledger makes lives of recruiters in terms of verification” the answer will be probably a Yes” which is evident in multiple studies. “How will you make money”? Most of the HR operations are cost centre based. Till date there has been very few successful cases of HR becoming a revenue centre for any organization. However, with Blockchain it is quite possible. The important thing to understand is that Blockchain requires large scale of economies to work. This means that you need to incorporate multiple corporations, nodes, educational organization, National crime record bureau servers & many more, because the sustenance and usability of Blockchain depends a lot on the no. of nodes getting connected. A Blockchain is quite meaningless for internal employees within one company. Once enough no. of nodes is connected, then you can charge a small fee for respective organizations for utilizing your Blockchain infrastructure. However, in long run the infra costs can be recovered, it will result in huge cost savings and possibly making HR as a small-scale revenue centre. The third most important question which most people overlook and assumes that they just need to rely on experts “How should it be built”? In order to build Blockchain you need to establish that what are those nodes you want to connect first and necessity of it. Any Blockchain technology essentially brings in lot of transparency. However, when it comes to HR data, most organizations are very secretive since there are valid fears of Poaching. So, in building a Blockchain Infra: there two calls to be taken: whether you need a public Blockchain or a private one. What type of access would you like to build here: is it the public key or private key. The information masking & layering needs to be very clear here. In addition, you need to have a very standardized templatised entry such as Competency of individual & role so that your Standard Query Language (SQL) can work for the users seamlessly.

Once you have established it, how will you test these business assumptions; This is to establish clarity for the USP of your Blockchain Solution & why it can’t be done with Blockchain. The USP of the blockchain must be robust and has a very specific business deliverable. For e.g. a comprehensive statement is that Blockchain can’t be tampered, it has double hash encryption standards & through digital signature, it is automatically validated.

Of course, it can be still done without a blockchain especially for those cases where the no, of applicants are less, the frequency of fraud cases is quite less.

Last but not the least the regulatory compliances of Blockchain is making it cumbersome to implement. Currently the joint ministerial committee has pointed out that it is in favour of banning Cryptocurrency in their draft law which is there in the public portal. However, the members of the committee have highlighted the possibilities of distributed ledger in the banking systems & there is some future scope of innovation in this regard. (Mishra 2019)

Below is the sample for your Blockchain Canvas in the figure 1 which is taken from a Deloitte workshops (Dimitarmihov 2019). Figure 2 is the template for entering in the Blockchain in terms of templatized entries & it can be standardised across all the nodes  (Pokrovskaia, Spivak and Snisarenko 2018). Figure 3: is the type of roles can be also included blockchain entry based on the present & future digital economy.

In one of his interview famous industry veteran Josh Bersin remarked, that HR professionals need to extensive due diligence & piloting before shortlisting technology in HR domain. He cautions in one of the interviews that HR team could land up with technologies which nobody wants to use. Timing & specificity of requirements would be the key enabler in adoption such diverse technologies such as Block Chain in HR. ( (Bersin 2018) 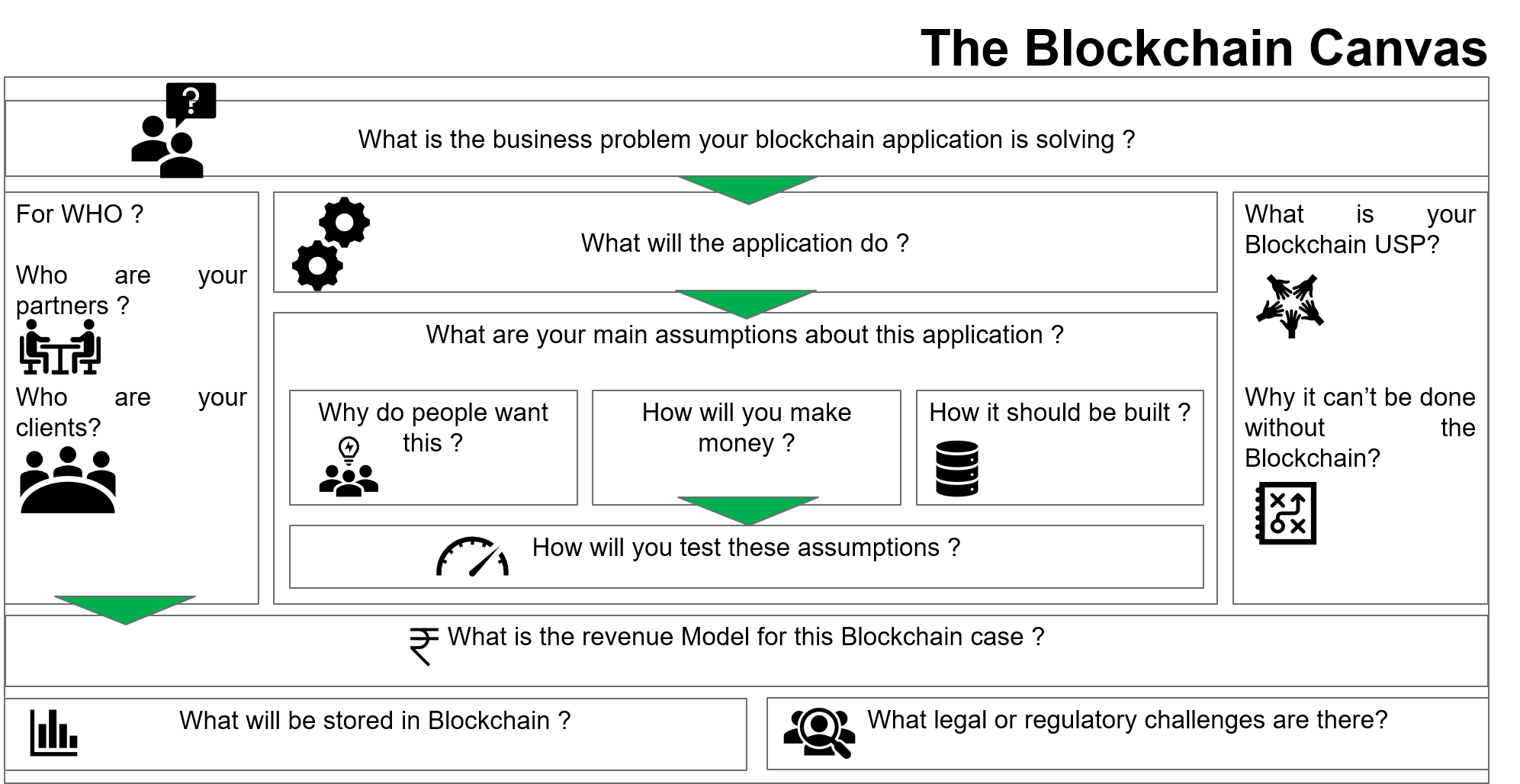 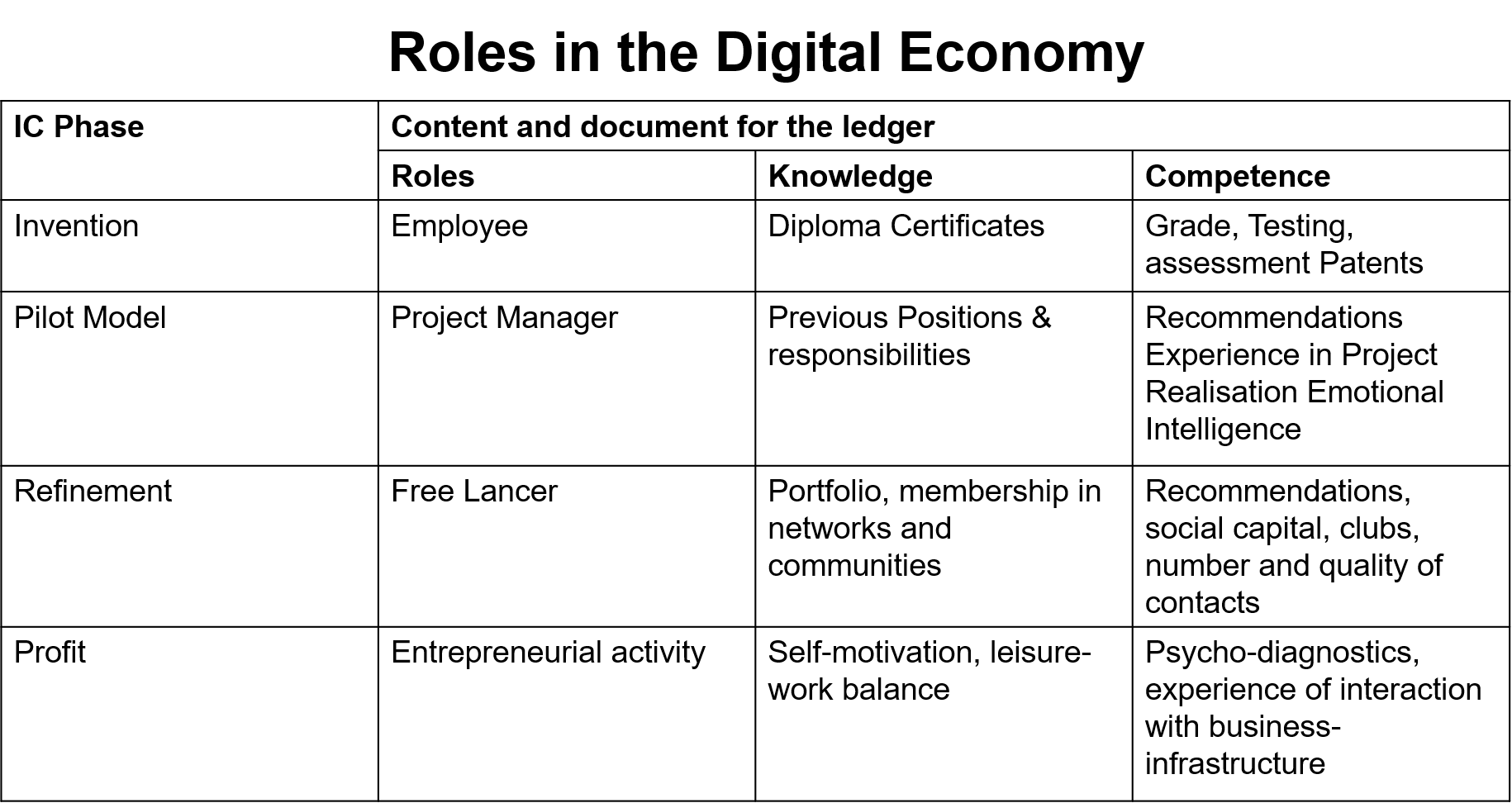 Shivin Tikoo is working as DGM - HR at Mahindra. He has been previously adjudged winner of Future HR Leader – Are you in the List 2013. His areas of interest include organization development, HR strategy, EVP and career management.