Article: Gandhi at 150: Walking the talk, the Mahatma way

Mohandas Karamchand Gandhi, is famously known as the 'Father of the nation,' ‘Bapu’, ‘Gandhiji’, ‘Mahatma’ and many more. Today, the nation is celebrating his 150th birth anniversary. Gandhiji played a vital role in India's Independence, but he was called Mahatma not only for his contribution to India's battle for independence but also for the way he walked the talk. People all over the world admire him for leadership style, his unshakable conviction, courage, dedication, and mobilizing the masses together.

There are multiple instances from his life that leaders, entrepreneurs, HR Heads, and corporate honchos can learn from and apply in their daily lives which will enable them to walk the talk and make the workplace better for employees.

Taking a stand for the right cause

"They thought, amongst themselves, that Gandhi was totally a stranger, and yet he was prepared to go to prison for the sake of the peasants." - Louis Fischer, Indigo

The Champaran Satyagraha of 1917, a major revolt in the Indian Independence Movement, was not a fight Gandhi fought for himself but for the many peasants of Champaran. In the early 1900s, the farmers were engaged in forced indigo farming. The peasants who refused to cultivate this specific crop faced the weight of exorbitant taxes levied by the landlords. The result was that the farmers could not cultivate other crops for food in the bare minimum required to sustain the population of the village, leading to an acute shortage of grains that eventually led to a situation of food crisis.

On the request of Raj Kumar Shukla when Mahatma Gandhi visited Champaran he assessed the situation there and took upon himself to help the peasants get of the crisis. Using similar methods of non violence that he had used in South Africa to organize mass uprisings to protest against injustice, he organized the peasants of Champaran and many others to revolt the malpractices of British landlords.

Organizations today need dedicated and empathetic leaders like Gandhi. While leaders and managers need to think about business, it is also critical that they pay heed to the demands and needs of their employees and team members. The leaders in corporate must have the ability to identify the workplace practices holding back their people and should be able to stand for their people. From workplace bullying to office politics to gender bias, there are several causes at workplace against which leaders can raise their voices and take a stand, just like Gandhi did centuries ago. 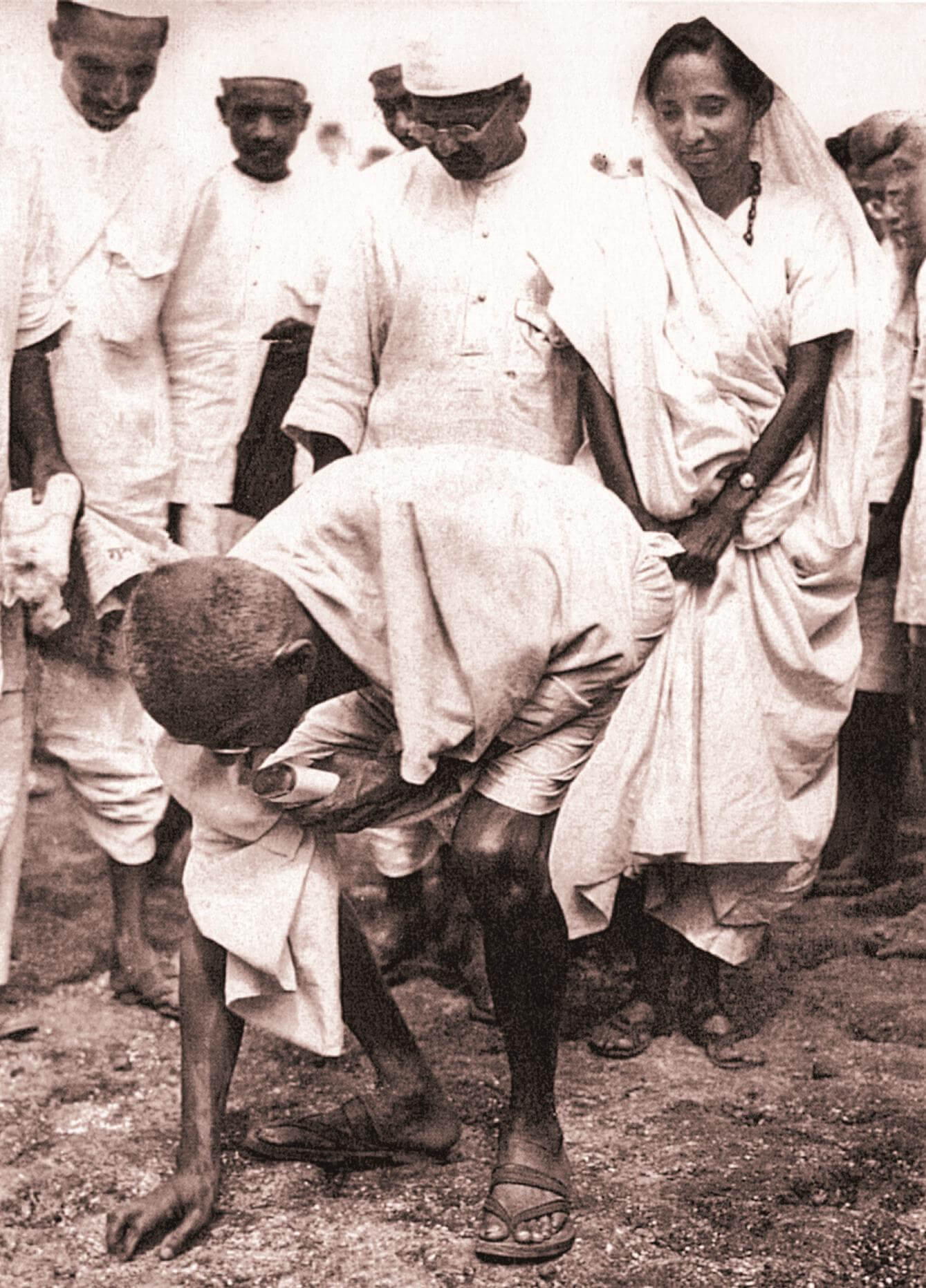 Standing up for people and justice

At a time when discrimination was widespread all across the globe and people would give in to threats and condescending comments as a result of fear and lack of self-worth, Gandhi stood up and fought against it. Simply because he sought equality and justice for one and all. Having faced discrimination himself as an immigrant in South Africa, he initiated the eight-year long civil disobedience movement in South Africa to fight back against the ordinance passed by Transvaal Govt.

On returning to India several years later, he continued to be an advocate of equality and courage. He went on a hunger strike for days protesting against the unfair treatment of a section of the society, then called "untouchables". He renamed them as 'Harijans', which means children of God. Among all the initiatives he led or was a part of the most courageous was Satyagraha. Gandhi was a fighter, and he knew how to do it right. He wasn't much for violence, but as long as he knew the truth, he held onto it, and fought for justice.

Admitting mistakes and holding yourself accountable

The Father of the Nation displayed leadership qualities quite early on in his childhood itself! As a fifteen-year-old teenager, Mohandas Karamchand Gandhi stole a gold-bracelet from his elder brother to get money in order to smoke with his friends. His actions put him in inexplicable guilt over landing his brother in debt. His guilt ate away at him and Mohandas wanted to come clean. Not only did he write an apology letter to his Father but also asked for a suitable punishment for his crime and vowed never to repeat such behaviour of lying, stealing, and deceit. And, as a true leader, he stayed true to his word in addition to holding himself accountable for his actions and accepted the consequences. 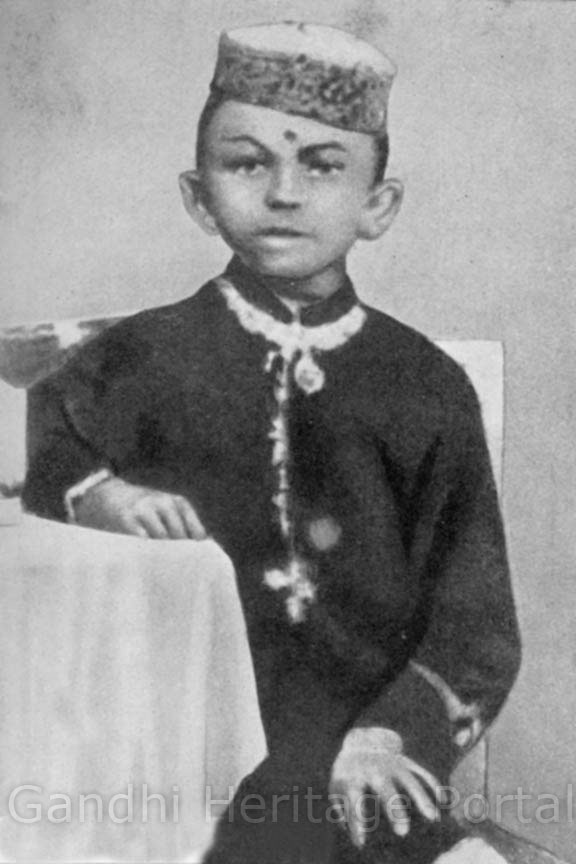 One of Gandhiji's greatest ability was to walk his talk in every way. Take for instance the simplicity with which he dressed- in a simple loincloth and shawl. This momentous decision was taken in September 1921 in Madurai, when he switched his elaborate Gujarati attire for a simple dhoti and shawl on realizing that he has to work for and with the with the poor people of India. And how could he identify himself with the poor if he wears different clothes from them. This switch to simple clothes and the simplest of watches and glasses not only became the hallmark of his identity but also established the fact that he was indeed a leader who led by example. Moreover, he stuck to this dress code even on his trips abroad and until his very last breath. In today's era of political and business scandals where some or the other leader gets exposed for financial misappropriation, Bapu's simplicity stands apart as a lesson in leading by example and putting people first.

The power of conviction

"Many pictures rise in my mind of this man {Gandhi} ….but the picture that is dominant… is as I saw him marching, staff in hand, to Dandi on the salt march in 1930. Here was the pilgrim on his quest of truth, peaceful, determined and fearless, who would continue that quest and pilgrimage, regardless of consequences." -  Jawahar Lal Nehru 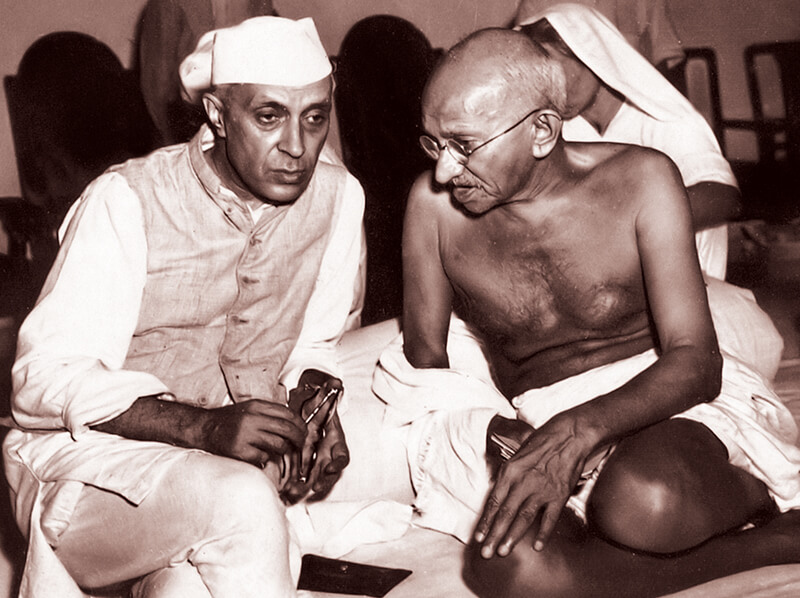 The Dandi March led by Gandhi depicts his conviction towards the selfless vision of Indian Independence. When Gandhi announced his plan, even his close aides and associates were completely unconvinced. Many leaders had felt that the choice of salt tax as an issue was insignificant and that it would divert the attention from the more significant issue of complete Independence. Their apprehension was laid to rest by the reception that the Dandi March received. His vision to walk to the seashore and make salt proved to be one of the most illuminating moments of India's non-violent struggle for freedom. The march resulted in the arrest of nearly 60,000 people, including Gandhi himself.

This incident which proves to be one of the greatest moments from the pages of history left us with one very important lesson - Do things with conviction!

In business, things change so quickly that there is a great deal of uncertainty and anxiety about the future. Leaders with conviction create an environment of certainty for everyone. When a leader is absolutely convinced that he has chosen the best course of action, everyone who follows him unconsciously absorbs this belief and together, they selflessly work towards a goal.

The reason why Gandhi was effective in mobilizing millions around the world was because he was an effective communicator. Whether it was his speeches that rallied hundreds of thousands to take on Satyagraha (fighting with peace), or his influencing world leaders, scientists, actors, writers and many highly influential persons of repute through his habit of writing letters and holding meetings, he knew how to amplify his message across the world. Gandhian scholars even today continue to peruse his books like "Hind Swaraj", and "The story of my experiments with truth" among others to find applications to contemporary challenges in today's polarized world.

There are numerous things that were inspirational about Mahatma Gandhi and not only in professional but relevant in personal life. We need to deep dive and see where the problem is and what the problem is. One should worry about the issue and change it.

As said by Mahatma Gandhi, "Be the change you wish to see in the world."