Article: What contributes to the increasing complexity of change

We are living in the new age of ‘wonder’ where astute questions put us on the path of fascinating possibilities through the allure of utopian manifestations coupled with the sinister beckoning of dystopian outcomes. This dilemma of harvesting rich rewards while balancing the odds of marginalization/capitulation against the inevitable creation of the technological singularity makes the prospect of change enticing as well as ominous in the inherently agile Digital world.  Change is no longer interpreted in terms of being gradual, steady, progressive or linear; rather, the defining terminology revolves around the lexicon of hyper-fast, disruptive, transformative or non-linear.  Consequently, the rules that have traditionally tried to encapsulate the phenomenon of change are also going through multiple revisions rapidly as past becomes an increasingly irrelevant predictor of the future. The following four key reasons are driving such a profound prospect:

There was a time when product cycles could be easily segregated in terms of distinct stages from Conception to Obsolescence that enabled top/senior management to strategize on a long-term basis with the benefit of ‘slack time’ that allowed for ‘reflective pause’ on honest missteps and resolute course corrections without jeopardizing the organizational integrity. However, this is no longer the case as the demands and expectations of consumers have significantly changed with the rise of the Digitally-driven comforts.  Conception is not restricted to a ‘singular’ idea and has been forced into ‘ecosystem’ thinking.  Obsolescence has also undergone radical interpretation from being ‘end of useful life’ to ‘end of relevance’ in terms of rapidly evolving consumer needs and expectations.  All the stages in between the two extremities have also had new interpretations and the overall time to reach Obsolescence has been reduced drastically.  This has also impacted the services sector where online and, especially, mobile-driven commerce is changing the familiar landscape of several industries. Consequently, managing successful change initiatives has become dauntingly complex due to deeply narrowed product cycles, dazzlingly-fast service parameters, overwhelming information avalanches and excessively-hyped expectations from key stakeholders.  Additionally, the path to sustainable success, formidable competitiveness and continued relevance in a rapidly evolving Digital world is paved by ‘Productive Rebels’, rather than, ‘Insular Conformists’, therefore, the success of any change initiative is largely dependent upon progressive Talent Management practices that provide the ‘Breathing Space’ for ‘Free Thinkers’ and ‘Trendsetters’ who are imbued with the ‘Change Imperative’ and enrich the ‘Organizational Aptitude’ in unconventional ways that boosts the ‘Core Value of Innovation’ effectively.  Unfortunately, most organizations lack the enterprising spirit to engage in such bold/unpredictable initiatives and prefer the soothing influence of ‘disciplined’ adherence to restrictive/measured policies/procedures/processes that are inherently open to modification, but, genetically unable to embrace meaningful change.

Change is no longer interpreted in terms of being gradual, steady, progressive or linear; rather, it revolves around the lexicon of hyper-fast, disruptive, transformative or non-linear

Diversity and Inclusion has come a long way from being a marginalized talent management concept to taking its rightful place as the centerpiece of a progressive and modern workforce.  Its significance is even more amplified by the richness of employees from various generations, with unique preferences and distinguishable approaches to work, enabling the fulfillment of desired corporate goals and objectives. A general overview can be visualized as in the above table. 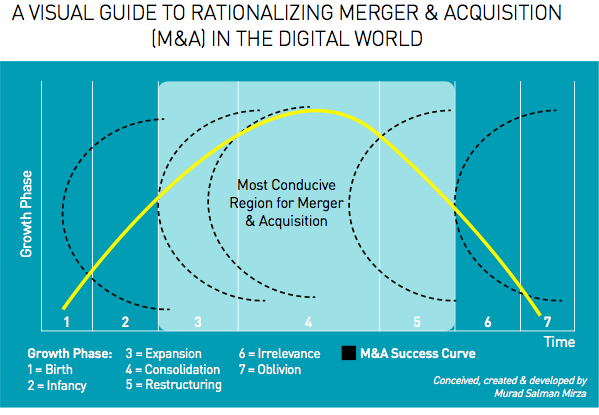 The word ‘disruptive’ has come to signify the kind of transformative change that uproots existing norms of competitive economies and forges a path of its own by rewriting the ‘rule book’ while relegating the complacent titans of industry to the annals of history.  It’s the kind of trailblazing that is majestic in nature and game-changing in practice.  However, organizations that are built upon such innovations are also highly susceptible to becoming like the ones they replaced as accelerated growth and unbridled expansion come into focus, especially, after the ‘aura’ of being a ‘startup’ disappears. Consequently, they become the target themselves of nimble players with an even better approach to taking care of consumer concerns/comforts and raising the delight factor several notches above the current standards. One of the prominent examples in the respective context is that of Nokia Corporation whose dominant share of the cell phone market was obliterated with the introduction of iPhone by Apple Inc., which itself is facing stiff competition from increasingly sophisticated devices from several Asian brands. A significant factor complicating the change initiatives, especially, among high-tech organizations, is that actual/potential competitors are not always visible on the corporate horizon due to their intentional/unintentional low-key profiles since they are not from the ‘established’ community.  They usually come into focus much later after the ‘breakthrough’ technology has already been developed, tested and floated through the media channels/venture capitalist (VC) circles that makes an agile move from the existing industry leader too laborious/prohibitively expensive to counter.  Subsequently, the self-preservation gene in the DNA of the established player often triggers the need for strategic acquisitions of emerging technologies/complementary ecosystems with the added prize of keeping the highly capable talent behind such innovations.  A visual guide in the respective context is as follows:

Such measures frequently lead to raising the stakes of change as distinct organizational cultures, systems and practices are carefully corralled and steered together to maximize the benefit from such acquisitions while being mindful of the high probability of failure. While at an individual level, timely realization of the changing professional landscape due to disruptive innovations and the level of corresponding astute adaptability will determine the scale of career progression, career stagnation or career obsolescence for diligent professionals in the foreseeable future.

Progressive organizations consistently lament the dearth of capable leaders who can take up the reins at the top and sustain a robust stride towards continued prosperity. One of the challenges facing organizations in the respective context is the changing role and skill set of leaders that are expected to thrive in a ubiquitous Digital world. For example, a significant requirement for tomorrow’s leaders is the penchant for service that goes beyond the professional demands of the assigned function and opens horizons for permeation of altruistic thought and meaningful contributions to the wider goal of ensuring a harmonious existence within the global community for mitigating/eliminating the chance of a misstep that might jeopardize an organization’s future in a increasingly ‘sensitized’ and ‘connected’ world.  Additionally, being a ‘Futurist’ is becoming an indispensible skill for ‘Visionary’ leaders as momentous strides are made within the Digital realm.  This requires a profound rethink of conventional/traditional approaches to leadership in order to embrace more progressive/dynamic ones; an example is depicted below: 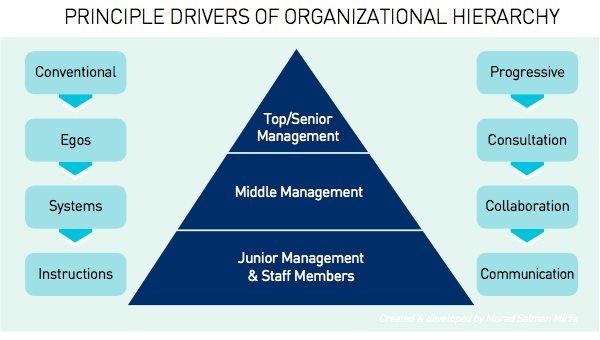 The mandate for future leaders increases in complexity when the exponential strides made by Artificial Intelligence (AI) are considered with the prospect of incorporating them eventually as ‘employees’, rather than, the status quo of being considered as advance machines.  This entails the incorporation of new roles that are not appearing in the current organograms, e.g., Chief Internet of Things (IoT) Officer, Chief Virtual Reality (VR) Officer, Chief Human & AI Workforce Officer, etc.  Consequently, the strategic aspect of the skill to optimally utilize both assets (Human & AI) will be more significant than the operational aspect for future leaders as AI gains an increasingly stronger hold on the workplace dynamics.  This also points to the fact that lessons from the past are becoming largely irrelevant as there is no reliable precedence for a Digital world that is constantly being reshaped by innovations that marginalize/outpace ‘established’ rules/regulations/norms of commerce and ‘prescriptive’ management practices.  Therefore, grooming the next crop of leaders is being optimistically leveraged upon the sanctity of the current best practices and the probabilistic determination of formulated predictions for the future.  Thus, change becomes even more of a precarious gamble than a resolute certainty in terms of yielding desired results.

Change can be enticing, liberating, galvanizing, promising and/or rejuvenating for those with an accommodative mindset. On the other hand, it can also trigger feelings of foreboding, vulnerability, intimidation, unjustness and/or retribution for those with an apprehensive disposition. The ‘moment of truth’ for progressive organizations striving for relevance in the future is attaining and sustaining the unwavering confidence that the ground they stand on is not precariously wobbly and can easily withstand the unpredictable tremors of doubt.

Murad Salman Mirza is an innovative thinker and an astute practitioner in areas within and associated with the fields of Organizational Development, Talent Management and Business Transformation
NEXT STORY: Mastering the fine art of following-up without sounding pushy
Also Read: Productivity Paranoia: Here’s how leaders can navigate hybrid work without it
Also Read: Inspired by nature: How Organisational Biomimicry can enhance ways of working

When even your rivals shed a tear: Leadership lessons from Roger Federer’s career