Article: How to NOT impress your boss!

What does your manager think of you? Is she judging you? How can you impress him better?

The next promotion or salary hike is looking really tempting, sitting on this side of appraisal season, isn’t it?

Perhaps, you just want to be in the boss’s good books. Or, you admire your boss so much that you can’t bear the thought of letting them down.

So, what do you do? You engage in some behaviors (albeit natural, because as humans we ALL have this tendency of wanting people to like us, to appreciate us, and treat us special) that are designed to impress your boss.

You are not alone. The fear of disappointing your managers is very real--about 58.1 percent of UK workers are constantly worried at work because they spend too much time thinking about what their boss is thinking of them! Sometimes, you might feel under-confident about your work unless your manager acknowledges it. While recognition is a valid expectation from your boss, expecting constant praise is unrealistic.

Some behaviors such as saying yes when you truly want to say NO, showering them with undeserved flattery, laughing at ALL their jokes (even when you don’t feel like it), and leaving the office only after your boss has left--are almost always likely to backfire.

Especially in the competitive professional world that we work in today, your work speaks louder than your words.

Let’s take a look at some of the ways in which you might be behaving at work, trying to impress your boss. Be warned! These are NOT going to work.

Being the YES man (or woman) 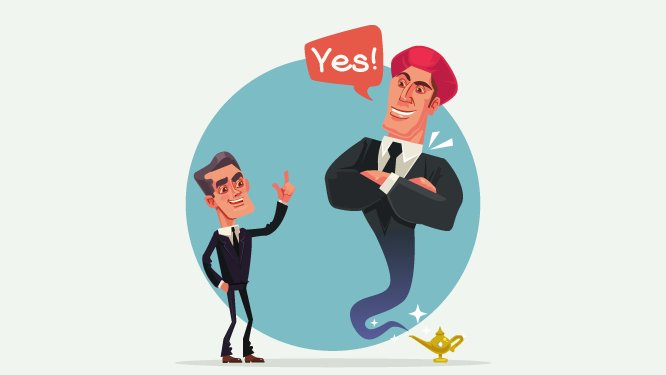 “We will send a spaceship to the moon tonight!” “Great Boss! We can do it!”

“I am going to fire half of you and cut the salary of everyone left!” “Fantastic idea Boss!”

Do you say YES to everything that comes out of your boss’s mouth, no matter how strange, unreasonable, or difficult it might be for you? Well, you may think you are pleasing your boss by being agreeable, but all this does is put a great burden on your own shoulders. Not only that, when you do not give your boss honest feedback, you are contributing to a false impression of how well the business is doing. Don’t be the employee who only says YES: your ability to communicate genuinely and truthfully is far more valuable to the organization. 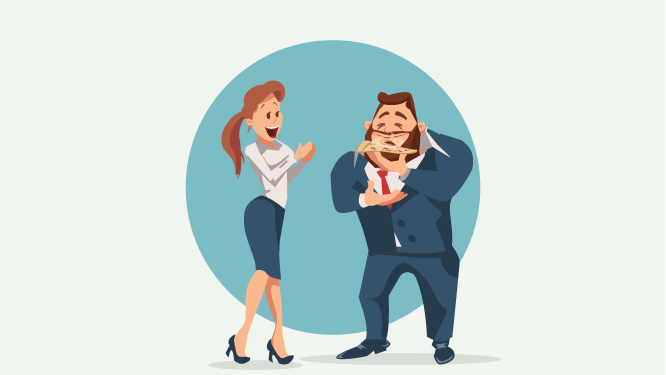 “Boss! Do you like sports? I have tickets to the next cricket/basketball/baseball game, just for you!”

“Here are two tickets to the movies for you and your partner to go on Valentine’s Day!”

"Try this fantastic chicken pot roast, and you will feel the taste of heaven.

Are your conversations with your boss more about what things you can give them besides weekly reports and data analysis? If the answer is yes, then you are not doing yourself any favor by bringing them expensive gifts and favors from your family trips abroad.

No matter how many times you go out of your way to make your manager’s personal life easy, you will only get recognized for your good work and not for the bribes. Prepare presentations instead of parathas and work on data instead of getting desserts because your review will happen in the boardroom and not over a drink.

Heaping undeserved praise on your boss 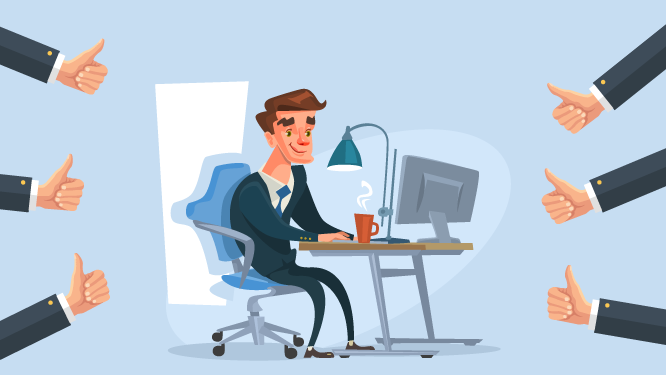 If you’ve worked in any workplace, you may have come across a colleague who took every possible opportunity to highlight their boss’s efforts. But doing it too often and praising them when it’s clearly not needed can come across as disingenuous. Most often, it can have the opposite effect than intended. Research studies show  that too much undeserved praise can lead to issues of self esteem and may also contribute to depression. There is a time and place to appreciate your boss. Make sure that your appreciation is sincere, and timely. And don’t just do it for the sake of doing it.

Laughing at your boss’s not-so-funny jokes 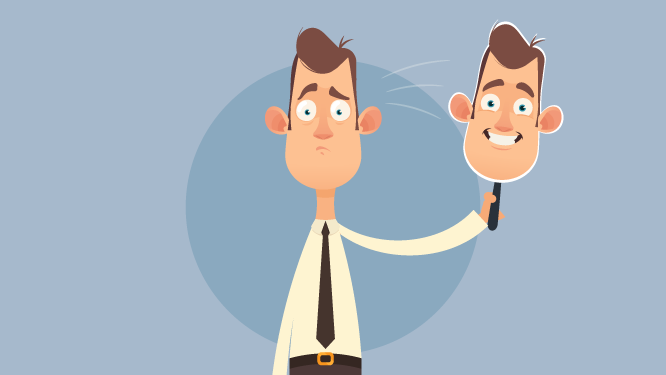 ‘Should I laugh at my boss's poor jokes?’, have asked many working professionals on platforms like Reddit, Quora and Pinterest. Do you remember Chandler’s fake laugh from the popular sitcom Friends? Well! It’s real. As a popular meme reads, “I fake laugh so much at my boss’s stupid jokes all day, I forget what my real laugh sounds like.”

Laughing is surely important and healthy for your emotional and mental wellness. And sharing a laugh is always fun and tends to strengthen the bonds. But indulging yourself in unnecessary humor might not be healthy.

Instinctively, we are wired with a desire to fit in. That extends to fitting in at work and conforming to the leader. Surely, most of us want to stay on our boss’s good side. But too much fake laughing at your boss’s not-so-funny jokes can be a symptom of one of the most well documented and most damaging forms of unconscious bias in the workplace: groupthink.The cost of this form of bias is often creativity and innovation. So laugh, but wisely!

Leaving work only after your boss leaves 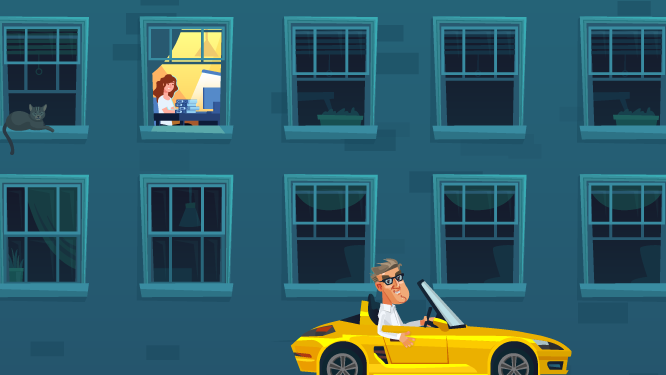 While it has been established that the number of hours you work and the productivity you display has no direct relation, yet many of us give in to this old mindset of leaving work later than our bosses just to show her/him that we are hardworking! Wake up people! Working longer hours doesn’t necessarily result in greater productivity. In fact, it can have the opposite effect. As per an OECD report, Germany, which has a reputation for high productivity, people worked the lowest number of hours, averaging 1,363 hours per year. There you go! Instead of trying to impress your boss by deliberately increasing your hour count, impress him by making the hours you work truly count!

You might not admit it. But each one of us has displayed at least one of these behaviors at least ONCE in our working lives! Do not worry about it though, there’s still time. Just leave all these worries about impressing your boss at the office door and embrace your work! Your boss will automatically be impressed by your productivity, efficiency, and dedication.

A little secret for the managers out there--focusing on creating a safe space where employees can have an open, transparent, and honest conversation can go a long way in discouraging any of the fake behaviors mentioned above!

If this article has got you thinking about the type of boss you work with, check out our article on Boss Types: From reel to real life and see if you happen to be working with a manager or a boss who displays some of the characteristics outlined in this list!

The editorial team at People Matters has features writers, researchers and content experts with rich domain knowledge. We endeavour to create an impact on the HR community through thought-provoking and futuristic content.
NEXT STORY: Identifying the right leadership for the top management
Also Read: Performance Review: How to ace your chances of getting that pay raise
Also Read: Leaders vs Managers: What’s the difference between leadership and management?