Year after year, companies are increasingly investing time and efforts to make the recruitment process more engaging and creative. From videos to Instagram, recruiters are leveraging every possible way to reach out to the best job applicants, and this year has taken it to a whole new level.

Using your phone every which way – from snaps to texts to apps – it’s never been easier to attract and recruit candidates. Get inspired by the ways in which these companies are using these super innovative recruiting strategies.

No, I am not writing this to bring you another post on how you can hire great talent using Facebook, Instagram, or Snapchat. However, the post is about how organizations across the world moved a step beyond the normal and attracted great talent.

Here is a list of some of the most innovative and creative campaigns that will influence you put on your thinking hat for your next hiring campaigns:

If you think modern day technologies have revolutionized the recruiters, then let me tell you that out-of-box hiring started from the time of World War -II

Recently, I was watching a movie The Imitation Game. The movie is about the wartime-World War II, and how Britain was trying to crack the German ‘Enigma’ code.  To attract a team of crack cryptologists and code breakers, Alan Turing (famously known as Father of Modern Computing and who invented the machine to decipher Enigma’s code) put a crossword puzzle in the Telegraph. 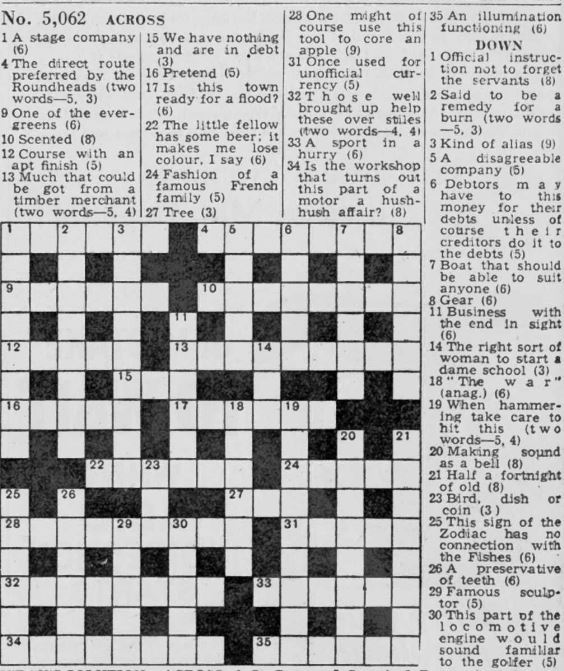 The campaign was a dramatic success, Joan Clarke (who was hired through the same campaign) played an instrumental role in cracking the German 'Enigma' code and the overall mission played a huge role in the allied victory.

Besides many interests, I like to read, learn and write about Artificial Intelligence. One fine day when I was reading about how AI is revolutionizing the recruitment space, I was directed to the following video.

Volvo is promoted its S90 model in an unusual way--it's getting the car to do its recruitment. Volvo which was seeking 50 candidates for real jobs in its Ghent factory and with local dealers-- asked candidates to submit their job application on a website in order to be considered for an interview. The car then quizzes them via image recognition, mapping and analysis of preset parameters, analyzing the candidate's facial expressions and word use in order to assess their knowledge, motivation and social skills.

Volvo sets a great example on how a company is not only using its product to drive customer experience but also candidate experience.

"Hey there! You found us," read the first five words of a secret Apple job listing. 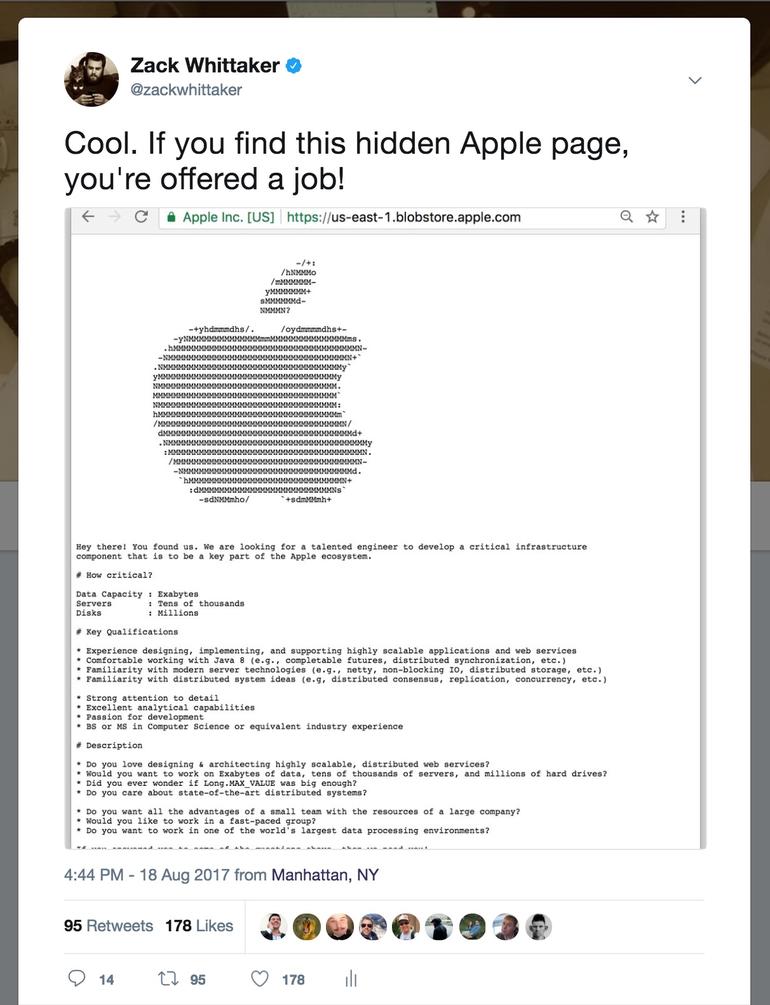 The job listing was posted on one of the company's publicly accessible but hidden servers, hosting data on millions of Apple customers across the US east coast.

According to the job listing, Apple was "looking for a talented engineer to develop a critical infrastructure component that is to be a key part of the Apple ecosystem."

Zack Whittaker, who was the cyber-security editor at tech news website CNet found the ad. He shared, “I was using Burp Suite, a traffic analyzer, to intercept data between several iPhone apps to see what kind of personal data was sent along to advertisers. Among the stream of connections to analytics sites and advertisers used to track a user's app consumption, there were several outbound connections to one of Apple's "blobstore" servers, which the company uses to host iCloud data, such as customer photos and videos. I entered the web address into a browser, and there you have it.”

Jung von Matt came up with a novel way to recruit designers - by hiding a job ad on the dummy text website Lipsum.com. The site was used daily by 50,000 creative people copying 'Lorem Ipsum' text for their drafts. From next week, when users copy and paste from the website, they'll also get a message directing them to the Jung von Matt jobs website.

The copy reads: 'Do your layouts deserve better than Lorem Ipsum? Apply as an art director and team up with the best copywriters at Jung von Matt."

200,000 designers copied the announcement into their work, and the campaign generated 14,000 visits to the careers website and significant social buzz.

These were some out of the box recruitment ideas. Share your ideas in the comment section. Follow #NewAgeTalentAcquistion for more insights, conversations and best practices in the TA space!

Anushree is an Assistant Manager- Content at People Matters. She holds an MBA in Human Resource Development from Delhi School of Economics. You can reach her at anushree.sharma@peoplematters.in linkedin.com/in/09anushree twitter: @AnushreeS09
NEXT STORY: Theme of the month: The dawn of new age talent acquisition

Here's how talent leaders can create a sustainable workplace