Article: Mission to skill over 40 crore people in India by 2022: The story so far

A clenched hand with a spanner and a pencil firmly held, suggesting that both skill and general education are at parity and aspirational for India’s youth- that is the logo of Skill India. It exemplifies the empowerment of individual through skilling. 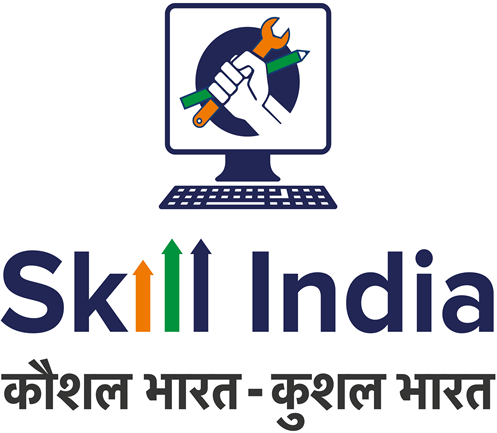 On World Youth Skills Day when our Prime Minister addressed the audience, he spoke about the campaign with pride and valor. He described this initiative as a mission, a mission to make the lives of every individual better, especially the poor.

“Skill India mission is not merely to fill pockets but to bring a sense of self-confidence among the poor,” said PM Modi.

For accomplishing this mission heavy investments were made and various campaigns were launched. The total sector outlay for 2017-18 had been pegged at Rs 17,273 crore, 16 percent higher than 2016-17’s revised estimate of Rs 14,870 crore. In fact, the ministry of skill development and entrepreneurship saw a 38 percent jump in its allocation for the next fiscal at Rs 3,016 crore, as compared with Rs 2,173 crore in the revised estimate of 2016-17.

But the question is how many individuals have benefitted from this program? What has been the impact of Skill India initiative? Let’s find out:

Impact: How skilled is India?

Let’s begin with the Pradhan Mantri Kaushal Vikas Yojana (PMKVY), the Ministry’s flagship, demand-driven, reward-based skill training scheme which was made to incentivize skill training by providing financial rewards to candidates who successfully complete approved skill training programs. PMKVY promised to skill 24 lakh youth, across India in the next one year of its launch.

In its first year, it witnessed the participation of more than 20 lakh people, of which 40 percent were women candidates. And by July 2017 more than 30 lakh, individuals had been trained or were undergoing training in various skills. However, only about 3 lakh of them received job offers, reflecting a gap between demand and supply of workforce. This nudged the government to revise and rework on the policies and the Centre shifted its focus to district-level schemes to yield better results in the short-term for its skilling initiative.

“The initial objective of Skill India was to create opportunities at all the levels to make them ready for the ‘Jobs of tomorrow’. On the contrary, the job seekers who are a part of the Skill India training programs, are still unemployable in large numbers. There are a variety of factors starting from the preference of same ‘pincode jobs’ to ‘having too many options’. Most skill programs are focussing on skilling of youth to be able to meet the target of ‘Skill India mission’ rather than making them ‘Employable’. One way to consider a change would be to look at the skills required for the ‘Jobs of tomorrow’. As the demands are changing, we will need better-equipped people for tomorrow, than popular skills of ‘yesterday’,” said Suchita Dutta, Executive Director, Indian Staffing Federation. 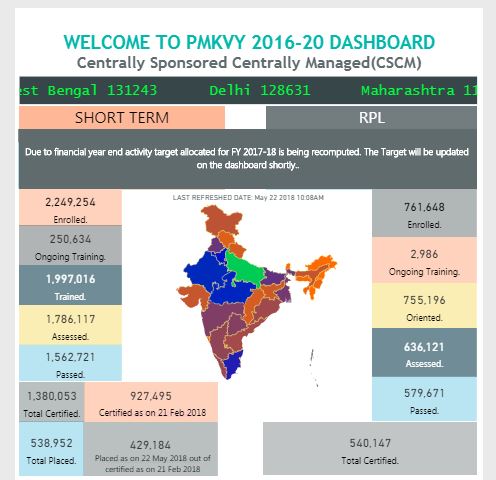 Talking about the entire campaign, in 2016, over 1.04 crore people had benefited from the Skill India program- 36.8 percent higher than the previous year.

However, the government eventually realized that the programs launched in 2015 weren’t enough and started more initiatives within the Skill India mission.

From industry centers collaborating with large companies and education institutions to launching a program like SANKALP (Skill Acquisition and Knowledge Awareness for Livelihood Promotion Programme) in 2017, the government has been continuously investing in skilling. In fact, in the Budget 2017 session, Finance Minister Arun Jaitley announced that the Centre has set aside over Rs 17,000 crore for skilling, employment generation and providing livelihood to millions of youth who enter the workforce every year, giving Skill India Mission a major leg up.

Reports show that the government’s focus on skilling has not gone entirely in vain as the India Skills report highlighted a rise in employability from 33 percent in 2014 to 55 percent in 2018.

The impact of Skill India has not been massive but it is slowly and steadily making a difference. But for ensuring holistic growth and development of the economy, the creation of jobs is equally important. The Centre’s focus now has to be on striking a balance between demand and supply of labor.

"The ways of work will change drastically in a decade or two. As populations age, migration becomes a key factor in ensuring that people are employed. With interconnectivity of transport and communication, it will be faster. Secondly, service sector jobs will go up at a steep rate and we cannot predict the next level of technology. If that be the case, we will need somebody in the backend to map all the roads. Labour, then, will become a key asset. For this, Skill India has to be on top of things with evolving technology and the fast-paced socio-economic changes in society,” says Dr. Gayathri Vasudevan, Co-Founder & CEO, LabourNet Services India Pvt. Ltd.

India has a population of 1,354,051,854, with more than 50 percent of its population below the age of 25 and more than 65 percent below the age of 35. This available human potential if utilized properly can help eliminate poverty and impact the economic development of the country. And that was the plan of Skill India and it is working towards achieving this goal scheme by scheme, program by program.

But can over 40 crore people in India be trained by 2022? The answer to this question remains vague. However, the milestones crossed till now fuel hope and show that the walk towards the goal might be slow but is steady.

(As BJP Government is completing its 4th year of governance, this is the fourth article of the five parts series that discusses the current scenario of the Indian government and how impactful they have been. Watch this space for the next article!)

Here are the links to the previous articles in this series:

Is the Lion moving backward? Impact of Make in India program

Drishti Pant is Senior Associate - Content with People Matters. You can reach her at drishti.pant@peoplematters.in
NEXT STORY: Is your HR Head a Jerk?- A Taxonomy of HR Asterisks

L&D Readiness for the future: Building a sustainable talent pipeline

Home Credit India partners with Stratbeans to upskill their Workforce