Article: How GE transportation created a workforce for its Bihar plant

In 2015, a $2.5 billion contract was signed between GE Transportation (a Wabtec company) and the Indian Railways to produce 1,000 Diesel Electric locomotives on a joint venture model. Under the partnership, 100 locomotives with 4500 - 6000 horsepower (HP) had to be supplied to the Indian Railways every year for 10 years. This flagship ‘Make in India’ project was India’s first big-ticket foreign direct investment in railways. Once operational, the factory would have an integrated eco-system of about 60 local and 10 global suppliers with a localized set up. Taking the vendors into account, it was estimated that a total of 4,000 new jobs would be created. 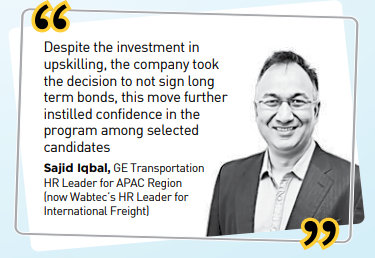 The ambitious project, however, faced several roadblocks. The factory that would produce these units had to be set up at Marhowra, a distant town in Bihar. Not only did the land regularly flood during rainy season, the site location could only be reached by narrow roads over a three hour journey from Patna. In addition to this, there were land compensation issues that needed to be negotiated.

But these early challenges were resolved over time. The ground breaking of the factory construction started in June 2016, and by September 2018, the phase – I of the plant was ready.

One of the key steps the company needed to address at that time was to identify and equip the workforce that would staff the plant. Finding local talent who were not only skilled but willing to work out of a remote plant location was a major challenge. “Identifying the right talent to staff the factory was identified as a high risk business priority,” according to Sajid Iqbal, GE Transportation HR Leader for APAC Region (now Wabtec’s HR Leader for International Freight), who worked on defining the overall HR strategy for the Marhowra Project. The project’s full scope includes building Marhowra plant and two brand new Services Operations Sites in Roza, Uttar Pradesh and Gandhidham in Gujarat, with more than 1,000 employees working from all functions from engineering and design to sourcing to manufacturing, service, etc. 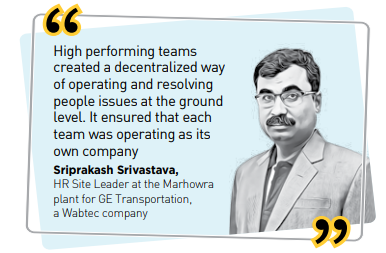 With the objective of finding local talent, the HR team scouted over 20 colleges across Bihar, UP, Jharkhand, and Orissa. 200 students with diplomas from leading polytechnic colleges were identified for the position of Graduate Engineer Trainees.

Once recruited, students were put through a finishing school under a ‘Recruit-Train-Deploy’ (RTD) model. The company signed an MOU with Tool Room and Training Center (TRTC), Patna, an institute under the Ministry of Micro, Small and Medium Enterprises, which is mandated to create a skilled workforce as well as to support the industry by producing mechanical tools in the MSME sector. The center in Patna offered courses ranging from three months to a year-long program that range from tool design, advance machining to Computerized Numerical Control (CNC) technology. 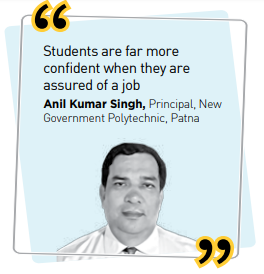 According to Anil Kumar Singh, the Principal of New Government Polytechnic, Patna, the success of the RTD is evidenced in the confidence that was instilled in the students at the college. “Students have knowledge, but once they get a job, they’re far more confident”, he said. “When students realized that they have an opportunity to work with MNCs after graduating from a three-year diploma program, they work hard,” he added. The college now boasts an enviable list of multi-national employers ranging from Alstorm to Grasim Industries on its placement records. At the center, candidates went through a three-month long training program and practiced their mechanical skills using real machines – starting from manual tools to CNC based tools and advanced welding simulations. The company brought in in-house experts to supervise the curriculum on a nearly weekly basis, in order to align the course to the needs of the industry.

Speaking about the RTD model, D K Singh, an advisor at TRTC, Patna said that “The learning quotient of the students went up when they were assured of a job. One could see a level of sincerity among students that one can’t observe in the training programs otherwise”. To upskill students, “The three-way synergy between the state and central government, industry as well as the educational institutions contributed to the success of the program” he added. 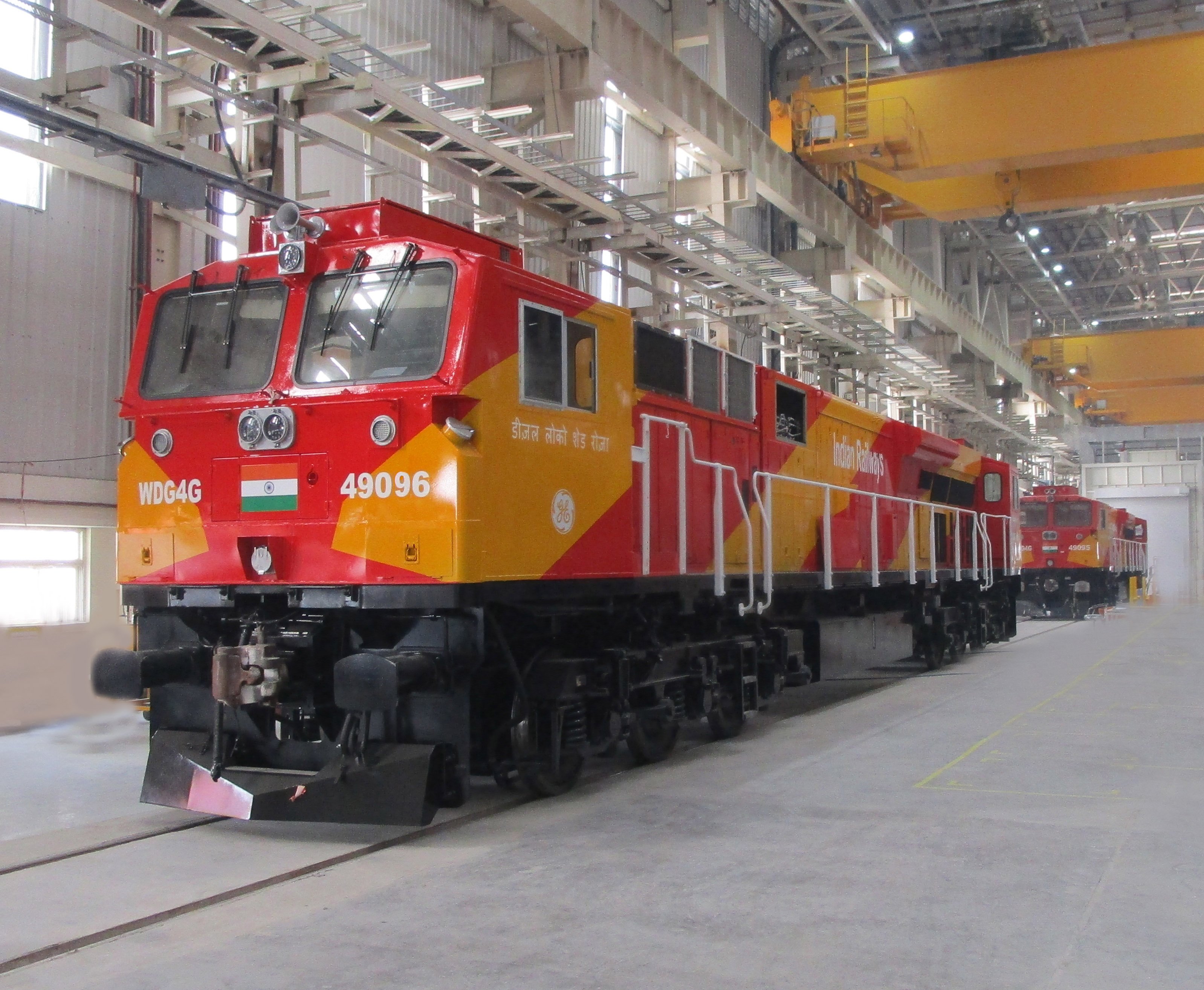 GE Transportation recruited all the students from the program. “No one was left behind,” Sajid said, “Despite the investment in the program, the company made a choice to not sign long term bonds to retain candidates; this move further instilled confidence in the program among selected candidates,” he added. Apart from technical knowledge and skills, the course also included motivational talks by business leaders and sessions on confidence building, punctuality and other soft skills. The curriculum designed along with the industry is now being adopted as a best practice at TRTC. As the first few batches of students graduated from TRTC, they were sent to GE’s Pune plant to observe and learn from a real factory environment.

While skilling the candidates was one key challenge area, engaging young professionals on the factory floor and building a culture of great work was equally important. Sriprakash Srivastava, HR Site Leader at the Marhowra plant, said that the culture of the company needed to reflect ‘quality and safety’ –two attributes that were important to the end customer. As part of a quarterly exercise, the company encouraged employees to re-look at the list of “Do’s and Don’ts” which serves as a culture handbook on the behaviors that employees need to display on the factory floor. 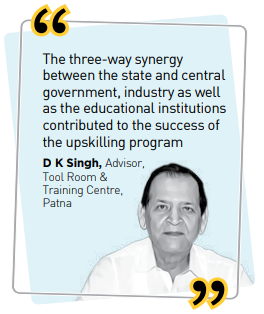 To help empower and engage employees on the factory floor, the company adopted a High Performance Team (HPT) structure. This concept of organizational development is aimed at helping organize and achieve team-based goals, mostly in a manufacturing setup. Each team is responsible for one of the many functions on the factory floor; they range from assembly, testing, light and heavy fabrication and painting, multiple teams are represented on the shop floor.

Each team consists of eight to fourteen members. And they nominate leaders within their team to be a “Star cap” for tenure of one-year.  Each star cap is focused on one area of organizational concern:

The final decision on who gets to be a star cap is taken by the management.

As new members join the HPT team, the team takes on the responsibility of onboarding them and working with them to ensure that their job duties are aligned to the team and organizational goals. “This decentralized way of operating and resolving people issues at the ground level ensured that each team was operating as its own company,” said Sriprakash. The teams, however, are not left to fend for themselves, “There may be times that the team may not be on the right track, so they are supervised by an operations manager, who acts as a coach,” Sajid said. 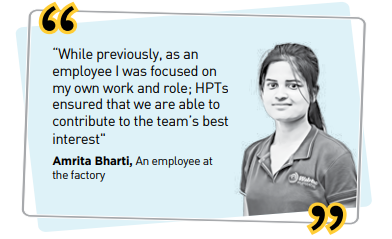 Amrita Bharti, an employee at the factory who is also an “engagement star cap” noted that the introduction of “high performing teams” drastically changed how work was done. “While previously, as an employee I was focused on my own work and role; HPTs ensured that we are able to contribute to the team’s best interest,” she said. She also noted that the team discussions on critical aspects of the manufacturing process gave her an opportunity to find her voice and build confidence.

“Coordination improved after the HPTs were introduced,” said Manish, another employee. “As we work with each other on things like leave plans, we ensure that production is not impacted,” said Kumar, an employee who works on the final assembly. He also noted that working in such a robust team structure ensures that there are fewer differences – whether it is to do with seniority or experience.

To help track the team success, the company follows a team score card – that measures the team performance across the various metrics – from employee health and safety to planning. The R&R programs are also aligned to both individual as well as team performance.

Managing a young workforce at a remote factory location came with its own challenges. Sriprakash noted that although the attrition rate has been low, the lure of government jobs in the state still continues to persist among employees, although this is slowly changing. The company has built 100 housing units inside the campus for employee accommodation, some of these are prioritized for women employees. Given the total workforce size, there are male employees who stay in town, where there are challenges with electricity and quality accommodation.

As the factory grows, and the skill sets improve through job rotations, the company is now considering offering a full-fledged engineering program that interested employees will have the opportunity to pursue. “We want the employees to learn and grow in their careers,” Sajid said.  One of the biggest success stories in establishing the Marhowra plant is the qualitative shift in the lives of the staff that produce close to eight locomotives a month –their individual stories from the selection, to training and finding a voice and the confidence to work on the factory floor – is a testament to the concerted effort of multiple stakeholders and institutions that converged to make in India.

J Jerry Moses is a senior content manager at People Matters. He can be reached at jerry.moses@gopeoplematters.com
NEXT STORY: Eightfold.ai’s CEO on breaking the silo between talent acquisition and management
Also Read: Hybrid Hassle: Executives confident they can maintain corporate culture, but employee experience a concern
Also Read: Want to keep employees engaged? Reward and recognise them

Want to keep employees engaged? Reward and recognise them