This year has been an intensely stressful one for many people, and employers have responded by prioritizing the mental and emotional well-being of their workforce. Some are making more and better mental health services available to employees, others are implementing digital strategies and tools. There have even been broad-based efforts to standardize the mental health care provided by employers—just in November, the Singapore government released a national advisory on how employers can support their workforce's well-being. 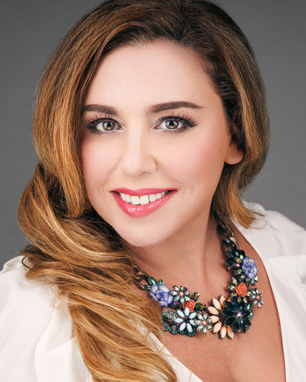 But how effective, in practice, are these efforts to ease the stress and burden? People Matters sought an expert opinion from clinical mental health counselor Maria Micha (right), who regularly sees cases of workplace stress—including managers and senior executives—in her Singapore-based practice. Here's what she had to say about some corporate initiatives that have recently gained popularity.

Regular check-ins with managers or HR

Are people really expressing their mental health needs and concerns during such check-ins? It's unlikely, Micha says.

"Most people would not like to say they're not feeling so well, because that could be seen as a reason they're not performing as well. And that leads to them leaving the company, or being made redundant during this difficult time."

"The environment in most corporations is not that safe. To have a mental health issue is not normalized."

While she has noticed that the very large tech companies—such as PayPal, Apple, or Google—are more accepting and will provide resources to employees who are not feeling well, these are a minority. "For the rest of the tech companies or smaller organizations, I don't think that this is the case, There's still a cultural fear, where people cannot express how they feel."

These are more effective, especially in raising awareness and improving knowledge. Based on the webinars she has conducted over the past year, Micha observes that people do ask questions openly during such sessions, and take up offers for a one-on-one conversation about their well-being.

"But they prefer the private mode instead of the public mode, because it's often embarrassing and there's a lot of social stigma around mental health issues," she notes.

The stigma and the fear of other people knowing is so great that when she bills clients, some of them actually ask her not to put their names on the invoice because they don't want any record that they needed help.

"This culture of fear and victimization and blaming and shaming—we haven't gotten away from that. It's still there."

What about mental health days off?

"I think everybody should have a mental health day every month."

But, she cautions, this is only possible if managers actively enable it.

"If your manager does not say it is imperative that you take time off, if your manager insists that you have to finalize a project at a particular time, the day off is not going to be helpful."

The issue here, she points out, is that managers themselves have deadlines to meet and deliverables to complete. And if the organizational leadership does not instruct the managers to deliver at a slower pace or prioritize the clinical mental health of team members, then mental health days off or other initiatives will have no effect/

Precisely because the direction must come from the top, mental wellness champions can only be effective if they are sufficiently senior to really make the directives stick.

"It is very nice to have a set of structures in place. But if I don't know how to utilize them, and if I were not given permission from the head of the company that it's okay to prioritize people's mental health over the project over work, then how am I going to do it?"

So, what else can employers do to make their mental wellness initiatives more effective?

A great many of the issues that Micha's clients bring to her are related to a lack of understanding from their managers, for the reasons she earlier pointed out. But at the same time, the managers themselves are in a very difficult place: they need better guidance and a stronger mandate to look after their team members' well-being.

"I personally think that managers should be better treated," she says. "When people become managers they are given a promotion, given more money, given an even higher workload, and then on top of that they are expected to take care of 5-20 people. You should not be increasing the managers' workload, because then how are they going to take care of their team members? We're asking them to do a Herculean task. It's no wonder that most of them fail, and the ones who don't fail are nervous wrecks, they're exhausted."

Compounding the problem, most companies do not provide new managers with adequate training, or if they do, the training is not mandatory—and it almost never addresses how to meet the emotional and mental needs of the people they manage.

Take some small but tangible actions that have an immediate effect

Regular mental health days are already a step in the right direction; small social activities, not necessarily large groups but just a handful of people getting together to take a short break from work, also help—"something where you feel heard, seen, understood, and cared for," Micha suggests.

Another element is physical comfort, especially in organizations that have moved to working from home. Not everyone has a proper working space or even a worktable, and that has led to physical strain that worsens the stress people feel. Employers can offer proper chairs or desks, or even arrange for employees to see a chiropractor or a physiotherapist; alternatively, they can look into having these specialists train people in posture or exercises to minimize physical strain.

"The moment we take care of people, we build an affection that changes everything," Micha says. "It's emotional and practical: you take their emotions into consideration, and you put them in the right state that will allow them to work their best."

Mint is working as a Senior Editor with People Matters. You can reach her at mint.kang@gopeoplematters.com
NEXT STORY: 2020: The year we didn’t see coming, and the lessons it taught us
Also Read: Re: Frame the opportunities within and lead HR transformation at People Matters Total Rewards and Wellbeing Conference 2022
Also Read: Healthcare industry needs to gear up for the future: ekincare Roundtable Insights

View from the Top | Trina Sunday of Reimagine HR

Re: Frame the opportunities within and lead HR transformation at People Matters Total Rewards and Wellbeing Conference 2022

Healthcare industry needs to gear up for the future: ekincare Roundtable Insights