The decision was announced on Twitter by the company’s corporate communications leader Kristin Binns, to whom Horne will report when she assumes duty. 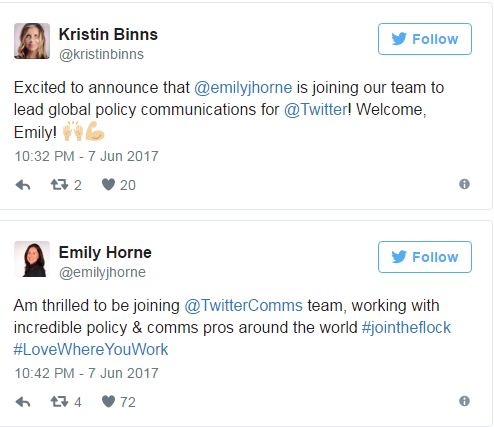