Larry Page, Google's parent company Alphabet's CEO is pronounced as most powerful CEO by Forbes. His company has earned market capitalization of over $550 billion. He is using his personal finance to fund ambitious projects such as flying-car startups.

During his first tenure as CEO, Page chronicled certain management tenants for his team to use: 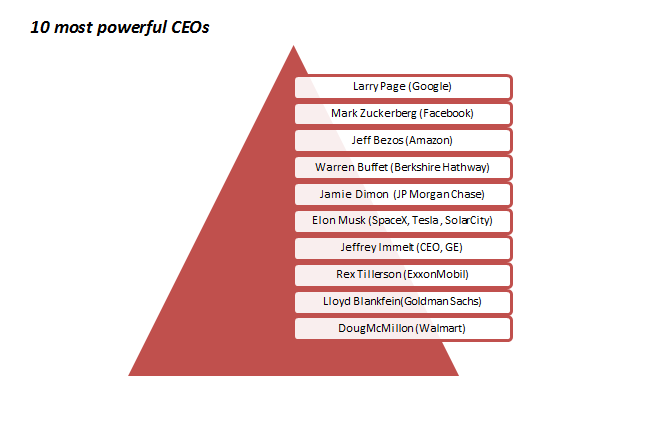 Mark Zuckerberg of Facebook with market capital of $340 Billion is ranked second, followed by Amazon's Jeff Bezos, who is ranked third with capital of $361 Billion.  The top ten CEOs run firms with the combined worth of Market Capital of $3 trillion selected from the 28 member list of CEOs serving popular companies.