News: Sundar Pichai reaches out to the community after the YouTube shooting

On Tuesday, a female assailant reportedly shot at three YouTube employees at the company headquarters in California. Apparently, Nasim Aghdam, a 39-year-old woman who was also a YouTuber herself, had vented out anger on her channel against the video sharing platform. At first, there had been reports about her shooting her boyfriend, but the police have overruled any such rumors as there is no evidence to suggest that she knew any of the people who had been shot.

The three victims: a 37-year-old man and two women aged 32 and 27 are in critical state. In the US, according to the report by FBI, shooter incidents similar to this one are overwhelmingly carried out by men. Of the 160 reported such incidents, only 6 have been carried out by women, which constitute about 3.8% of the total.

Here is the note by Sundar Pichai which was tweeted by Google Communications. 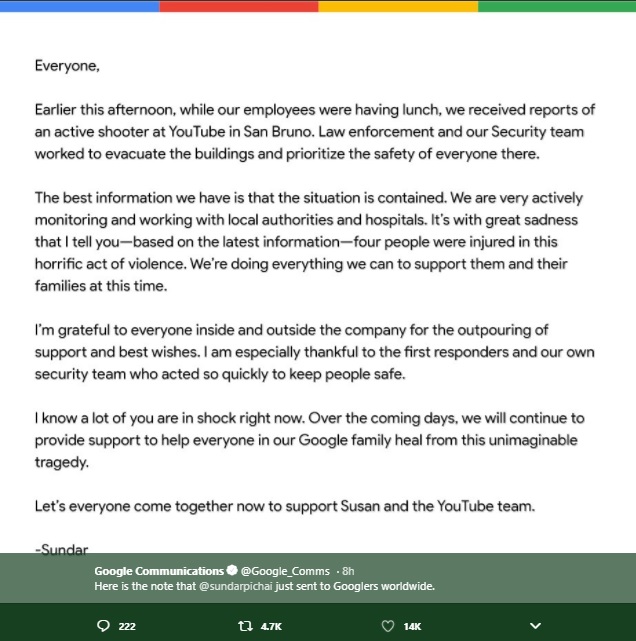