Randstad has announced the findings of their annual employer branding survey, Randstad Employer Brand Research 2018. According to the research, US-based technology giant, Microsoft India has been declared as the country’s most attractive employer brand. 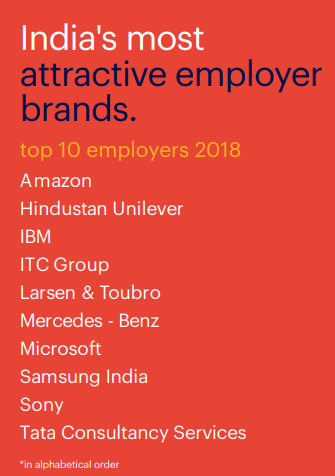 The finding reveals that in 2018, salary and employee benefits continue to be the top drivers among Indian workforce across all profiles while choosing an employer, followed by work-life balance and job security. This year, the importance bestowed to salary and job security as factors of choice while selecting an employer has increased, compared to 2017, across all work profiles. The top reasons for employees to stay in the current job is job security. However, the most significant reason for an employee to leave is the limited career path. 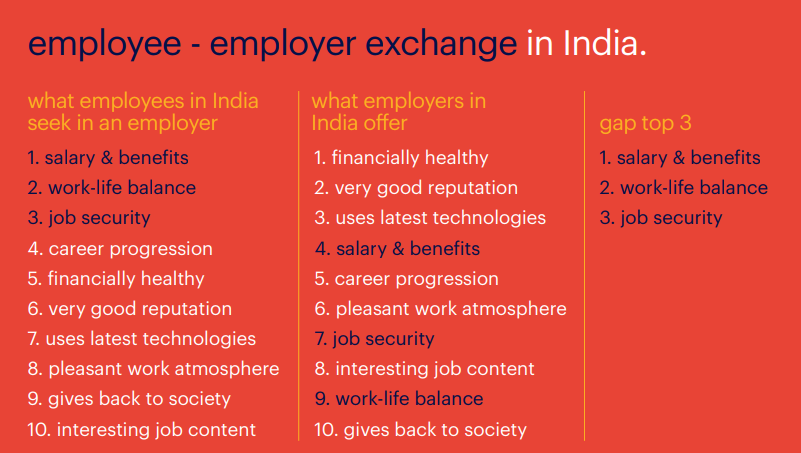 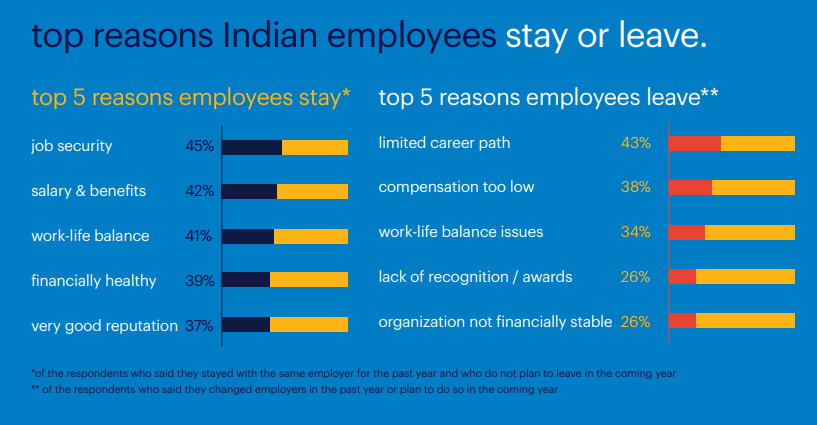 Paul Dupuis, MD & CEO, Randstad India said, “Employer branding has never been more important than it is now. Candidates have choices, not only where they decide to work but in what capacity. Organizations must have a story, a greater purpose and a defined North Star, which defines why they exist”.

The research covers 75 percent of the global economy with 30 participating countries and over 1.75 lakh respondents worldwide. The 30 participating countries include responses from are Europe, Asia Pacific, and America. Around 3,500 potential and employed workforces between the age group of 18-65 participated in the survey. Unlike other surveys, HR officers, staff or experts were not invited to take part in the study.

Anushree is Senior Manager–Research & Content Strategist APAC. She predominantly leads and manages research and branded content. HR Technology, Diversity & Inclusion, and Employee Experience are some of the key themes Ansuhree actively follows and writes about. She holds an MBA in Human Resource Development from Delhi School of Economics. You can reach her at anushree.sharma@gopeoplematters.com linkedin.com/in/09anushree twitter: @AnushreeS09
NEXT STORY: 70% of executives admit to not knowing enough about AI
Also Read: Microsoft, Mercedes-Benz and Amazon named India’s most attractive employer brands
Also Read: Zomato offers job, monetary help to deceased delivery executive's family

Apple becomes world's first US$3 trillion company, worth more than some countries