News: Gen X is preferred over millennials as freelancers: Survey

TimesJobs announced the findings of its latest survey titled ‘Is gig economy the future of India’s workforce?’ to analyze the trends in the demand for freelancers. The survey reveals that Gen X (workforce born in the mid-1960s to the early 1980s) workers are preferred over the millennials for gig work. 1,600 HR professionals responded to the survey across various industry verticals.

A majority (45%) of HR professionals stated that more men are hired as freelancers as compared to women, as per the TimesJobs survey. As many as 36% of industry leaders say that around 20-30% of the contingent workforce is hired by the industry on an average in a year.

As per 48% of survey respondents Tier-1 cities have the highest demand for contractual workers, while Tier-3 cities have a low demand for temp staff. The survey findings also revealed that among the Tier-1 cities the demand is high in Bengaluru, Delhi, and Mumbai, respectively.

The survey questioned the recruiters about the engagement model they follow for freelancers. Around 28% of respondents said that they treat their contingent the workforce at par with their permanent employees. As many as 27% of the respondents claimed that they involve them in strategic decision-making, followed by 23% of recruiters who engage their mobile workforce by giving feedback to them.

“Corporates are looking for agility from their workers and are willing to offer the flexibility required by the workforce. This is promoting the gig economy model in most industrial sectors. Here also the technology sector is creating most freelancing opportunities. The survey indicates that in the next five years, most freelancers will be hired for Blockchain architecture relates tasks (as stated by 22% respondents) and followed by social media/SEO related tasks as stated by 16% respondents,” said Sanjay Goyal, Business Head, TimesJobs and TechGig.

As per the report, 30% of the professionals' demand for flexi-staff is high for technical job roles but negligible for financial job roles. Around 33% of industry experts also revealed that candidates with good marketing skills are the most hired followed by other skill sets like social media handling, web development, and web designing.

The survey report also reveals that the IT sector is the largest employer of temp staff among various other sectors, whereas the demand for temp staff is negligible in automobiles, BFSI and infra industry. 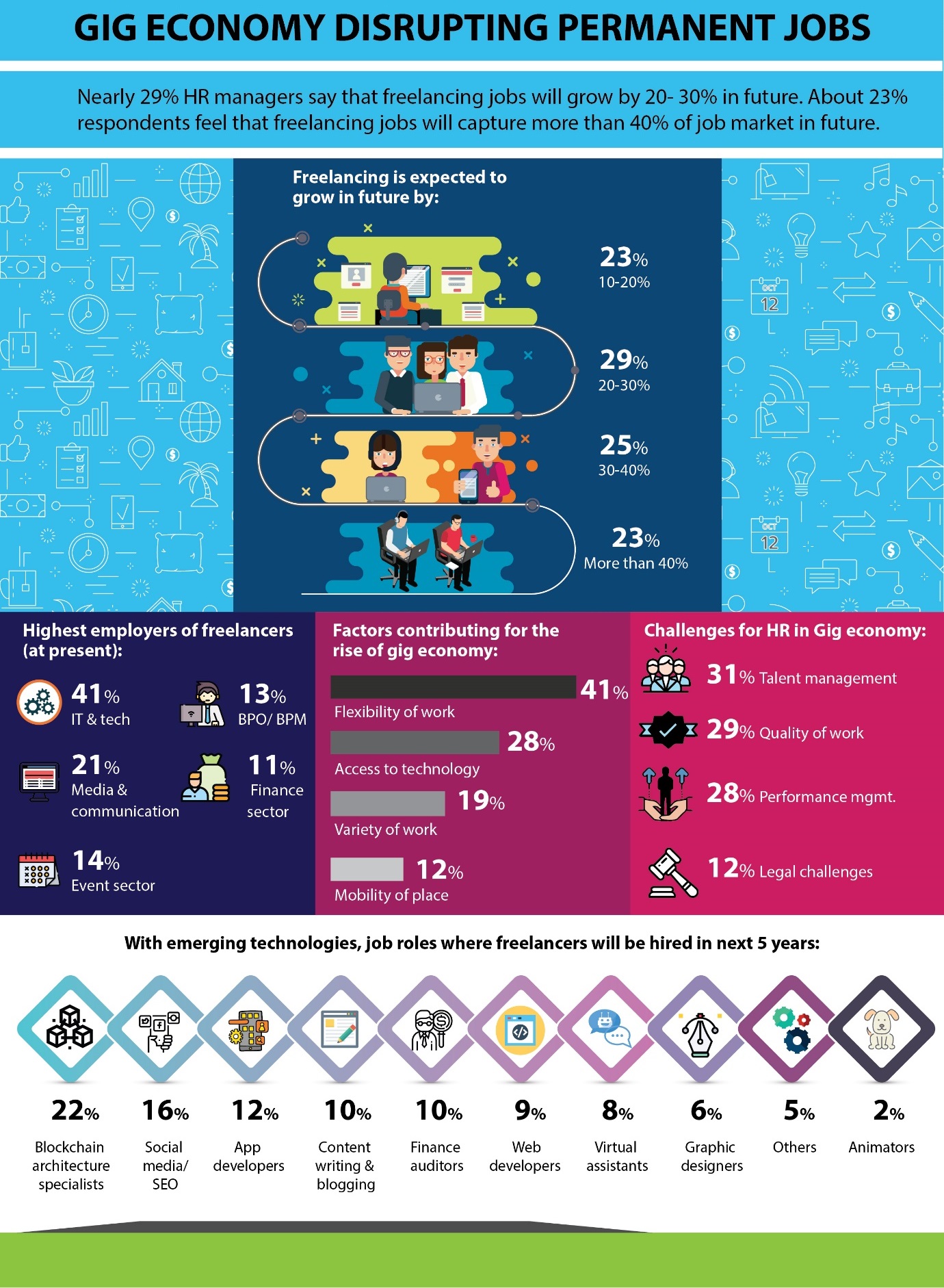 Former Associate-Editor, People Matters. You can contact him at +918010998491
NEXT STORY: Google tells employees to 'Keep your heads down and do your job'
Also Read: More women work in MSMEs as compared to other sectors: Study
Also Read: Berryworks adds former Nagarro HR leader as Head of Product

More women work in MSMEs as compared to other sectors: Study