According to a tweet by ANI, The Ministry of Human resource renamed as Ministry of Education. Union Minister Prakash Javdekar and HRD Minister RP Nishank will be holding a press conference at 4:00 PM, where the announcement is likely to be made.

With the new change, the new National Education Policy (NEP) will replace the existing National Policy on Education. 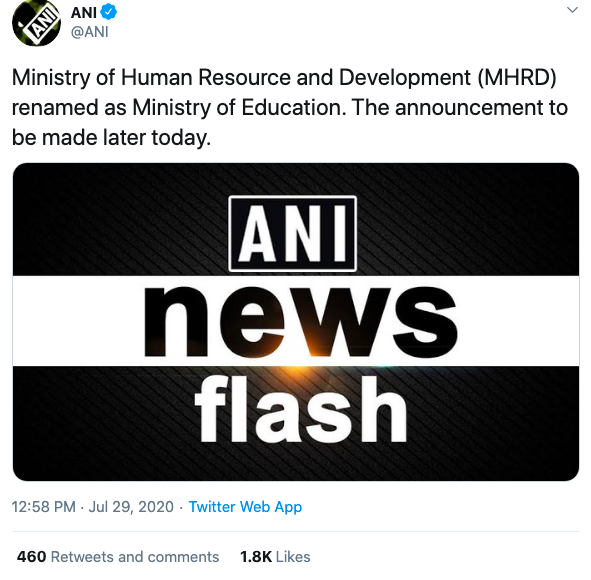 Update-  According to a media report, The Union Cabinet on Wednesday approved the new National Education Policy. "The policy draft has been approved. The Ministry has been renamed as Education Ministry," said the report.

Growth in searches for teacher jobs increase by 40%- Report