Country awaits as India’s single national tax system is about to be rolled out in next three months. Lok Sabha passed all four proposed goods and services tax (GST) related bills which will subsume all indirect taxes under one tax.

On the notable occasion, Finance Minister Arun Jaitley said “We are seeing history in the making. We are going to see a new system of taxation. I would say this is an important step forward and I am very optimistic of meeting the deadline.”

The four proposed legislation that got clearance from lower house include:

They were approved after negation of amendments moved by opposition party. Once Parliament passes all four bills, they will be routed to President for his consent and final step will be when government issues a notification.

Even after when excise, service taxes and additional customs duty are subsumed, the CGST bills will provide power to the Centre to levy tax. The Integrated GST Bill, 2017 will impose tax on inter-state movement of goods and services.

So what has changed?

In the current scenario, constitution offers for division of taxation powers between Centre and State. The indirect taxes including excise duty, sales tax, service tax, octroi, customs duty etc. are imposed on goods and services. Some taxes are levied by Centre and some by states. Tax rates vary across different states, when taxes are imposed by state.

Now after the bill is passed, all indirect taxes will be subsumed under harmonized single taxation system.  GST is actually value added tax levied on goods and services. The new regime will help broaden the tax base, and help compliance of tax more efficiently. Also, it will reduce economic biases faced during inter-state movement. 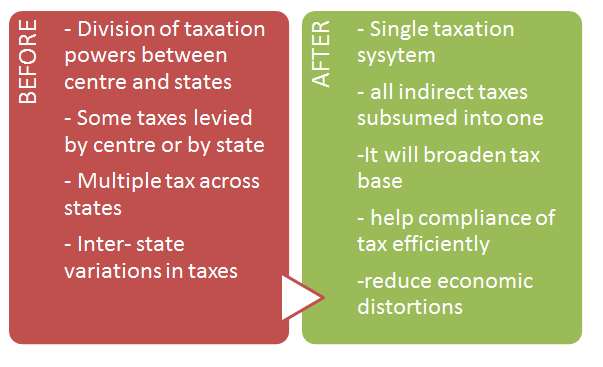 Some of the key features of GST bill include that initially GST won’t be applied on high-speed diesel, motor spirit (petrol) and petroleum crude, natural gas. It will be decided when GST would be levied on them. Also an additional tax of up to 1% will be levied by centre on inter-state supply of goods.

The government expects increased revenue and economic growth after clearance of these bills. Only conflicting point, on one hand, government claims that tax burden will be reduced whereas experts say GST will augment tax rate in the intial years.

Companies should listen and evolve with their employees: CleverTap’s CEO

Why is data analytics so important for business success?

View from the Top | Kevin Chin of Arowana

Mumbai most expensive city in India for expats: Mercer Survey