Bullish on sectors like IT-softwate, ITES, Insurance and Pharma, the hiring activity in April 2016 has seen an increase of 14% over same month last year, according to the Naukri Job Speak Index.

Increase in demand for professionals working in IT-Software started from January’16 onwards and for the month of April’16, they saw their jobs go up by 18% over same period last year. Similar trends were seen for Sales and Business Development professionals where on year on year basis, they saw an 11% increase in new jobs. Increased demand was seen for Pharma professionals with an impressive 24% Y-o-Y growth 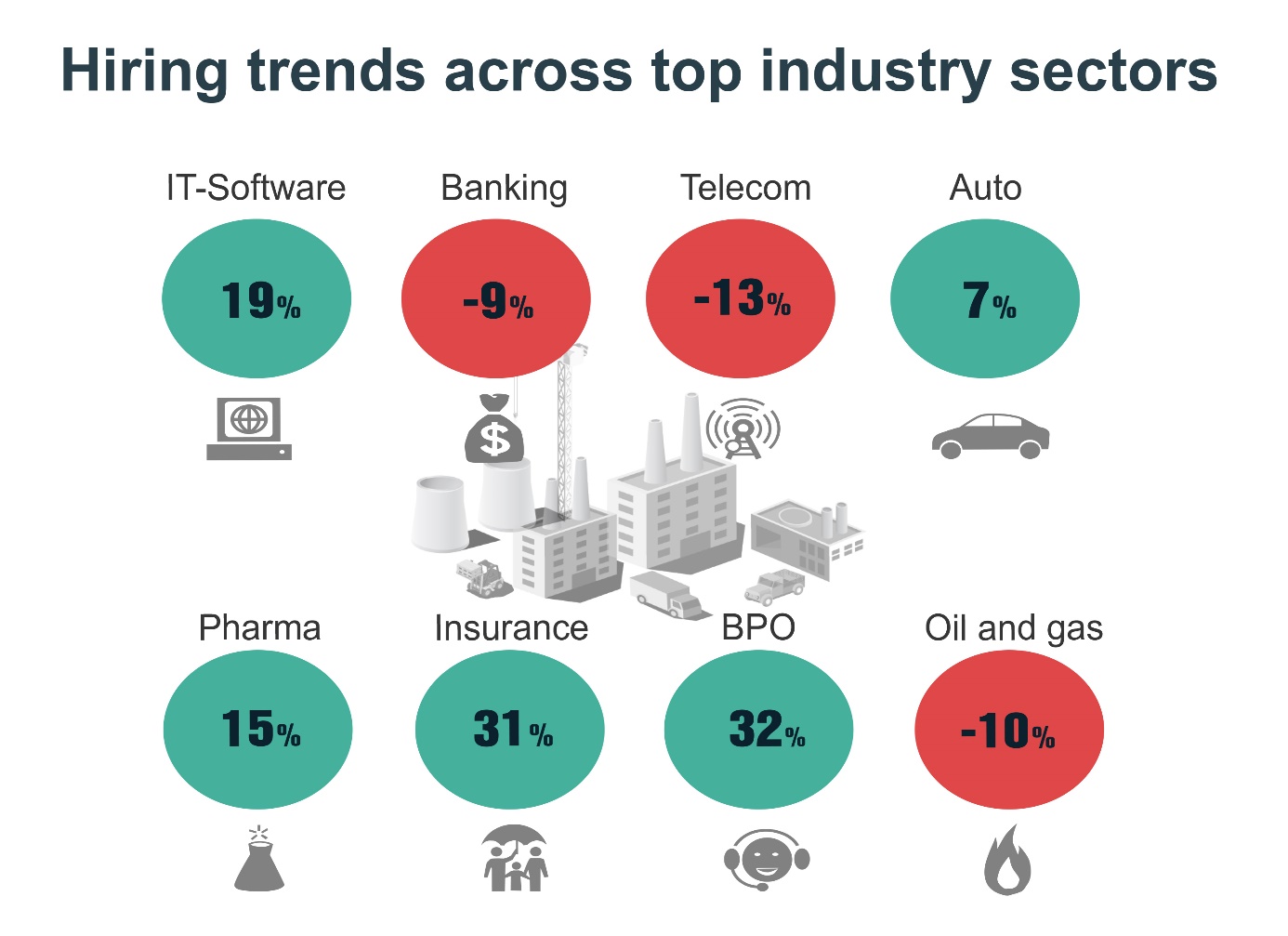 V Suresh, Chief Sales Officer, Naukri.com said, “Job market seems to sustain the momentum gained over the past few quarters with a 14% YOY growth in April post a 22% growth in March. Apart from sectors like IT, ITES and BPO, good to see the Pharma/Biotech sector growing at 15%.”

The detailed analysis of core sectors is as follows:

Among the metros, Delhi/NCR leads the city list with a 42% growth followed by Hyderabad and Chennai at 30%. Bengaluru and Mumbai report 25% and 24% growth respectively while Kolkata reports a dip of -3% in hiring activity in April’2016 over April’15.

Coinbase to hire aggressively in India