Article: The story of Jaipur Rugs, a business "built by love", in the words of Nand Kishore Chaudhary

Each one of us dreams of building a business of our own some day but there is none like Nand Kishore Chaudhary, MD and Chairman of Jaipur Rugs, who is also known as the ‘Gandhi of the carpet industry’. And rightfully so! In his entire journey, he was shunned by the society, threatened, lost and in dire straits but he never let go of his belief to let goodness, fairness and most importantly, love prevail in his business. Even as a student when he was asked to define business, his reply was, ‘It is next to love.’

At the recently concluded People Matters TechHR India conference, Chaudhary in his keynote session, ‘Age Of The Modern Leaders’, took us on his own journey at the University of Hard Rocks of Life, where his true education began 44 years ago. At a time when everyone was looking for a stable job to sustain themselves, he declined a well-rounded government job to find his passion and built a business that connected the poorest of the poor to the richest of the rich. It wasn’t an easy journey, he had to go against all odds and bet on his values and principles as he conquered one obstacle after another to build Jaipur Rugs, a business that combines kindness with the pursuit of profits in a manner that is beneficial to all - artisans, stakeholders, consumers, employees, suppliers and buyers.

Let’s dive deeper into the life of Chaudhary and what makes his business model so popular among authors like CK Prahalad and Raj Sisodia, among others.

Channelling your passion into business: The beginning

As a young adult, Chaudhary started his career at his father’s store, where he sold footwear. During his tenure there, he realised that there wasn’t much scope for growth and left. As he wondered about the true purpose of life and who he is, he came to the conclusion that he is indeed a people person, who loved spending time outdoors. As he tried to come up with a business idea aligned to these criteria, he found that there was a high demand in export for carpets made in India. He thought to himself, ‘This is what I should be doing as I will get a chance to work with people, who are shunned by society.’ With the decision made, he took a loan of 5,000 rupees from his father to buy an old cycle to travel to the weavers’ houses along with two weaving looms in Churu, a city in Rajasthan.

Standing up for the people, who were refused a place in society: First hurdle

When he began his journey as a contractor to learn the carpet business, his major work revolved around weavers, who, at that time, were shunned by the society on the basis of caste. Due to his involvement with weavers, his family members were upset and even threatened to never let him pursue the business. Not just family, his neighbours were against the idea of him inviting weavers into his home and at gatherings, people would often refuse to shake hands with him. Through these instances, Chaudhary understood how a person can be identified solely based on his caste and not his karma. It opened his eyes to the hypocrisy in society and in families.

But nothing deterred him from his path, and the love he had for weavers triumphed over everything else. He would often spend all his time with them and even share meals. After over a decade, he came to Jaipur to build an export company with his brother.

During that period, with a sudden rise in the demand for Indian carpets, he had to look for more weavers to meet the demand. He travelled to districts such as Valsad and Dang in Gujarat, known for carpet weaving. Though there were several misconceptions around tribals there, Chaudhary knew that with love and empathy in his heart, he would find his way.  And indeed he did! After three years, the tribes and their families would welcome him with open arms, as he became their guide and mentor. He lived with them for almost eight years where he taught over 15,000 weavers how to weave a carpet.

In 1999, Chaudhary separated his business from his brother and established what we today know as Jaipur Rugs. With challenges at every turn, all that he had earned was lost in the first three years of the business. There came a time when he felt like he couldn’t continue the business anymore. And that’s when he decided to deep introspect to find out where he went wrong. After navigating through his past, he realised that fame had gotten into his head, where he was experiencing ‘Euphoria’. And since he was working with weavers for years on end, he had that false belief of goodness. His constant micromanaging of every decision made him rigid in his ways like a cube of ice. As he came to his senses, he decided to break away from the mould of an ice and learn to flow like water again.

Most of Chaudhary’s adult life was spent travelling to villages as he worked with weavers. But now, he was on the precipice of running a global business and in order to do so, he had to equip himself with the right skillset. He began to read books, attended conferences, interacted with successful leaders and entrepreneurs to create a unique leadership style and perception to help him in the long-run. His children, who had completed their education from the US, came back to India to join the business and in no time, it grew like wildfire.

But sustaining that growth came with its own set of challenges. Chaudhary understood that there was a need to hire people with immense business acumen. And when he started to do so, he was put in his place. That taught him an important lesson for life: Knowledge is power but without practice, it develops into ego. One can lose themselves in knowledge without having a grip on reality. 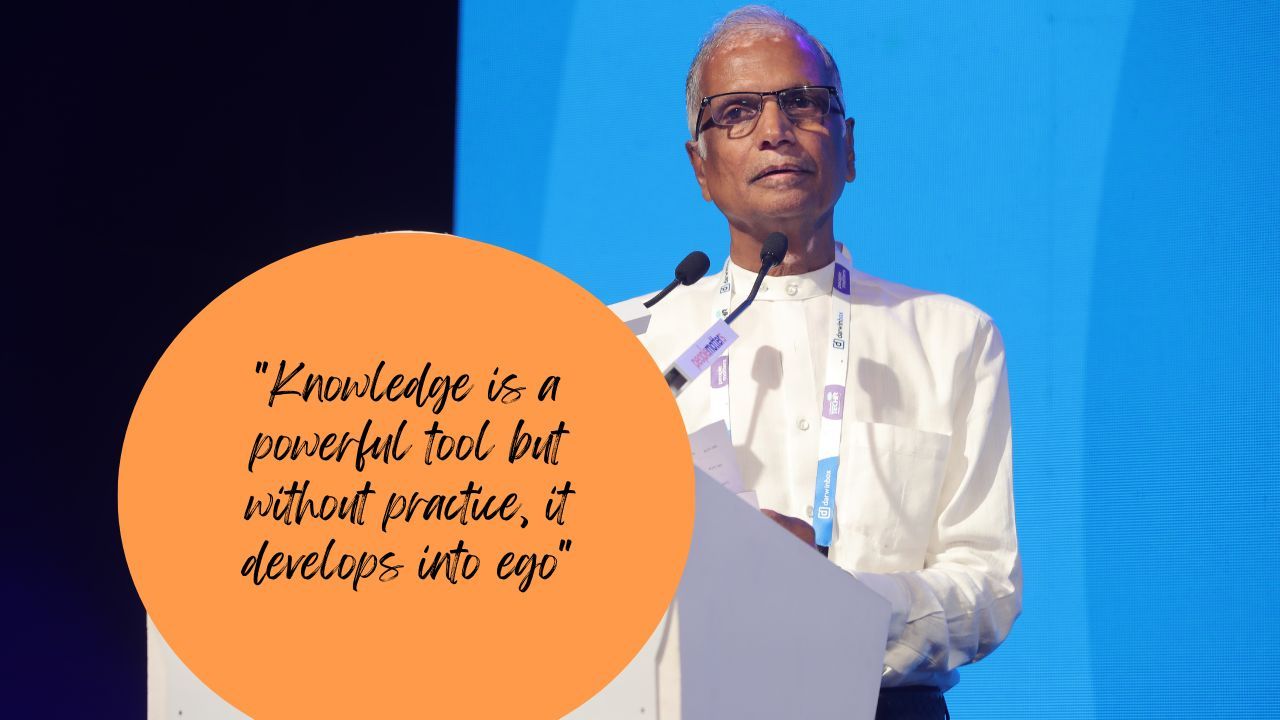 In order to help his employees not suffer the same fate and understand the intricacies of carpet weaving, he started an initiative, ‘the High School of Unlearning’, where every employee was introduced to the weavers who explained the entire step-by-step process of carpet weaving in detail. For his weavers to gain knowledge about the business aspect of things, he started a management course where they could find the meaning and purpose of life. All this so he could align the value of Jaipur Rugs with its people!

In 2008, one of the most well-known authors CK Prahalad called Chaudhary to ask if he could write a case study on Jaipur Rugs business model (The Fortune At The Bottom of The Pyramid) that revolved around enhancing capabilities at the grassroots level. It was during a chat with Prahalad that Chaudhary realised that he had built something valuable.

At Jaipur Rugs, all the processes of carpet weaving have been put in place by weavers, who didn’t have any/much education and Chaudhary believes that when it comes to creativity, education doesn’t play an integral role. As he saw how talented some of his weavers were, he started the Manchaha project, to give them the freedom to design carpets to their liking with dignity, an initiative that has won nine global awards till date.

Throughout his arduous journey, his biggest takeaway has been that it is true that technology has brought about a change in the business landscape. But he believes that it can never replace the empathy or creativity possessed by a human being. If a business has these two ingredients at its core, technology will only take it to great heights. The social entrepreneur built his business on empathy, simplicity, integrity, shared wisdom and humility since the beginning and that is the legacy that the world will follow.

You can reach out to Ramya Palisetty at ramya.palisetty@gopeoplematters.com
NEXT STORY: Rethinking mental health in a hybrid work era
Also Read: Ecommerce platform Flash raises $5.8 million in seed round from global investors
Also Read: Rise and fall of Theranos & Holmes: 5 key takeaways from the fairy tale

Rise and fall of Theranos & Holmes: 5 key takeaways from the fairy tale

It’s a trap! Women Entrepreneurs, watch out for these mistakes