The current government, which is mid-way through its five-year term will need to overhaul the labour laws in order to reach to its goal of creating 120 million jobs in 24 sectors by 2020. According to the newly released TeamLease Labour Law Report 2017, domestic and global economic factors have impeded job creation. The number of jobs created in 2015 stood at a mere 135,000. A cash crunch following demonetization of high-value currency notes has led to job losses in the informal economy, impacting many small manufacturing units. In the last 2 years the Central Government has effected 54 changes in the Apprenticeship Act, Factories Act and Labour Laws Act. However, these initiatives still do not address the core of the problem. To kick start the job creation engine the government must immediately overhaul the most regressive labour laws in India, viz., Trade Union Act, Industrial Disputes Act and Contract Labour Act, concluded

Elaborating on the need for more reforms, C. K Mendiratta, Head HR, Imperial Auto, an auto ancillary company that employs more than 5000 workers and staff across their multiple factories and offices says, “While women employees are more diligent but still restriction on employment of women at night shift makes it difficult for us to engage more women, the provision to employ women at nightshift needs to be eased off. Also, the norms regarding retrenchment of workers should factor in business requirements and balance out the interest of both employers and employees. Further CLRA Act also needs to be modified to allow employers to engage contract labour in regular jobs as per business requirements. “

Manufacturing and its allied sectors are burdened the most by this regressive labour law regime. Equally impacted are Textiles & Garments, Automobile and Leather & Footwear industries. According to the report, Single Window Clearance is the most commonly needed change across all states and it suggests structural reforms at three levels: 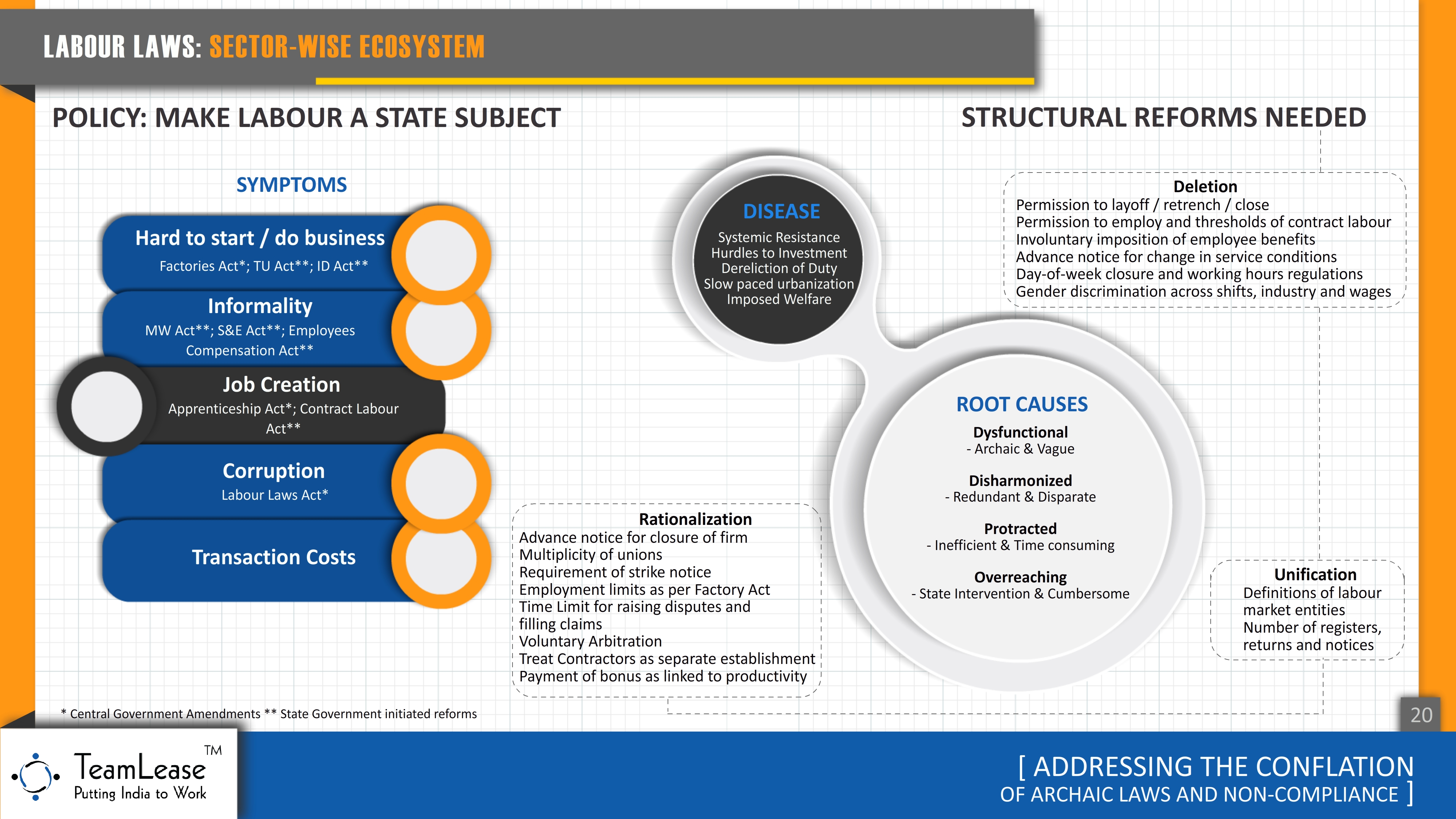 TeamLease Labour Law Report 2017 also profiles the labour law ecosystem by State and by laws v/s demand and supply of skills. With a few exceptions (notably, Andhra Pradesh), States scoring well on their labour law regime parameters carry Demand-Supply surplus as well. These States are well positioned to reap handsome rewards from reforming their labour law regimes. At least 32 State and Union Territory governments submitted evidence of implementation of over 7000 reforms. A total of 6069 reforms were approved and implemented. The national implementation average has increased from 32% to 48.93%. The result of the assessment demonstrates that States have increasingly risen to addressing the challenge of making it easier to do business. 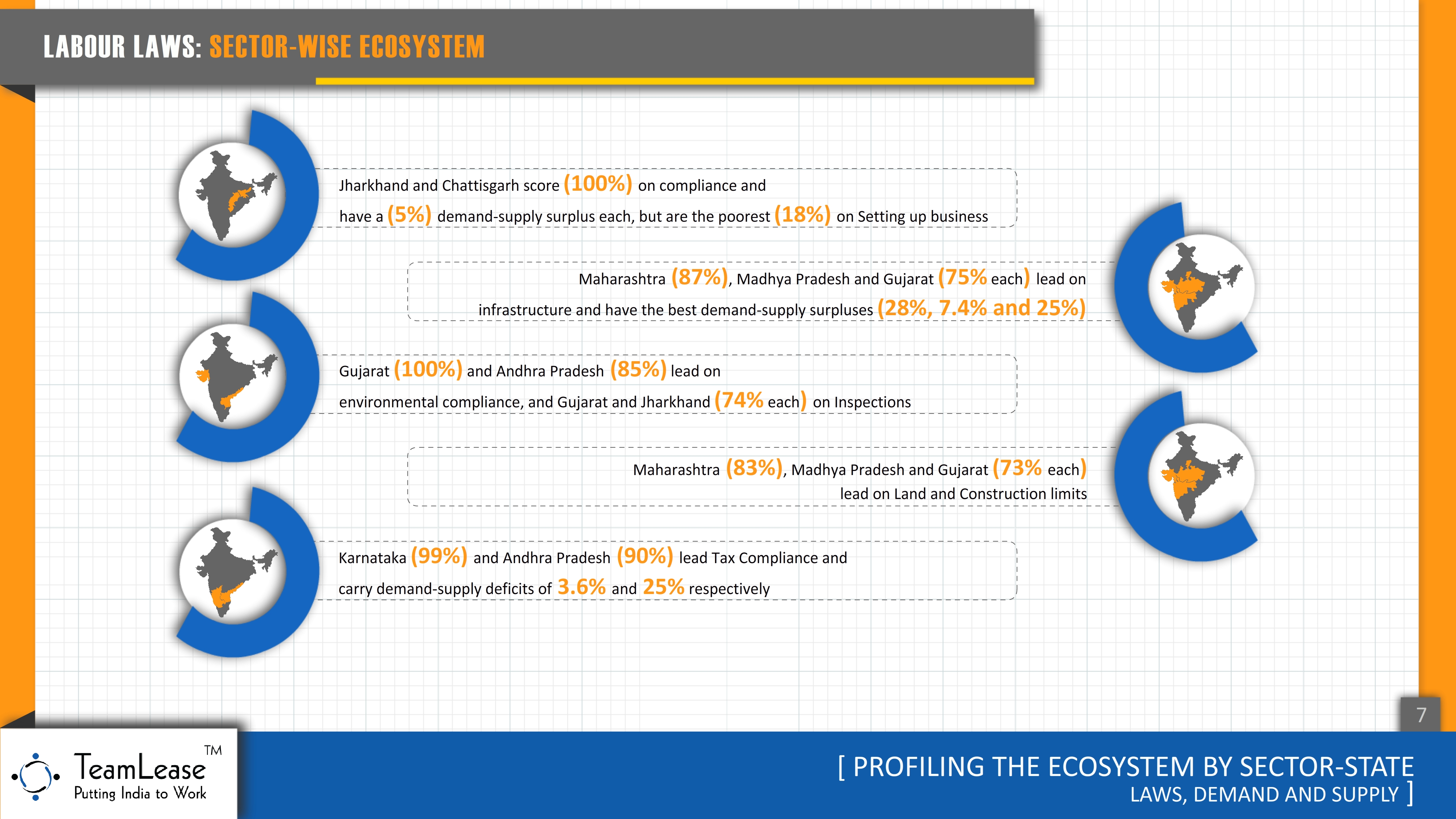 Indian Gen Zs say they are sorted financially, not worried about planning their retirement

TresVista to hire more than 150 employees, to open new delivery centre in Europe

How are companies attracting new IT talent? Hint: It's not just pay