Article: It is time to empower women at workplace

The notions of patriarchy broke down in the US and other Western countries chiefly after the second world war. It was only when women stepped out of their homes to fill the shoes of the men, the western world realized that women could work in jobs which were originally perceived as ‘manly’. During those times, many organizations had run advertisements to encourage the women to step out of their homes and support the men who were battling for their lives and countries in Europe and other parts of the world. Once the war got over, everybody realized that women did not go back. And nor was there any need to. 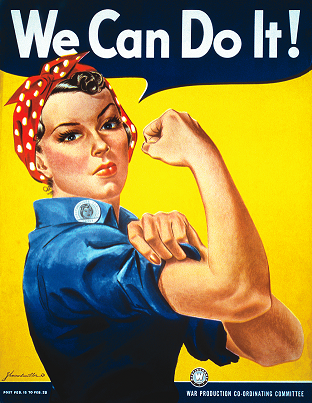 Women had always been officially encouraged to participate in the workforce. If you visit government schools and government banks, it is not surprising to see a lot of women faces. It is not surprising that there are certain professions in India which are ‘women dominated’, however, when it comes to the women in the corporate world, there are still challenges when it comes to promoting women to higher leadership positions, and providing them with equal pay. Also, as research and international reports suggest,  the complete picture is not rosy for India, and that is despite the laws that have been brought by the government to ensure gender pay parity across all professions and age groups.

Srikanth Balachandran, Global CHRO, Airtel India, told People Matters, “The India Development Report released by the World Bank states that India has one of the lowest female participation in the workforce, ranking 120th among 131 countries. And that is despite the fact that they constitute 48% of the Indian population.”

It was in 1976, the ‘Equal Remuneration Act’ was passed by the Indian government.

Kaithan & Co, a legal firm told People Matters, “The Equal Remuneration Act 1976 (“ER Act”) does not make any such distinction between the workmen or employees involved in managerial or administrative capacity. The ER Act is uniformly applicable to all men and women employees in matters of employment. Under the ER Act, it is the duty of the employer to pay equal remuneration to men and women workers for same work or work of a similar nature. It applies equally to blue collar and white collar workers.”

How is it now: Insights from the Monster Salary Index

The gender pay gap in India has come down by five percentage points. It was 24.8% in 2016. Around 41% of the women surveyed feel that they are not provided with the adequate transport facility, and also highlight that safety is one of their major concerns while considering a job. 33% feel that the attitude of peers, clients, vendors pose as a challenge when it comes to working. 32% also say that they are discouraged from working long hours due to the societal perception and outlook. However, which clearly comes out as a positive surprise as around 44% of the men said that they could act as advocates for gender parity.

Despite the improvement in the overall gender gap, it has also been found in the survey, that the gap continues to increase as one goes up in the hierarchy. For the matter, the World Economic Report on gender gap has already stated that with the current rate of progress, it will require another 200 years to bridge this gap.

Why are women the victims of subconscious bias at the workplace?

After 1947, India dealt with a lot of challenges, of those the primary ones were lifting the country out of poverty, and providing quality education to the masses. Subsequently, the number of children per family has considerably decreased. But throughout the history of independent India, women have been discriminated as the wellbeing of the male child was always a priority. Now, in times when families have fewer children, the reasons for discrimination have reduced because resources are no longer as scarce as they were before.

As young girls, women are grown up to follow certain invisible rules, and which as implied by the society helps them feel safe. Or, in many cases are simply just traits that they need to express femininity (which emphasize a lot on the softer aspects of human nature), and if women do not than they are punished by the society. Over the course of years, the conditioning has ensured that women toe the line, and which is why even today, when there has been so much focus on women empowerment, women lack the courage to ask for a higher pay.

An additional source of income

A lot of times many women do not ask for higher pay because they fear that they might lose the job instead. In many professions, owing to selection biases that favor men, women are not hired. One tactic that women have learned over the years is to accept the lower remuneration so that they could at least have the job.

An organization that recognized the challenges

Srikanth Balachandran told us about the work that they have been doing at Airtel.

He said, “As an inclusive organization; we at Airtel dived deep into identifying five key challenges and needs of our women employees and then focused on addressing the same under the umbrella of our ‘WE’- Women Empowered agenda.”

Here is are the challenges and the actions recognized by them:

Explaining the above, Srikanth Balachandran said, “In the last 12 months; all these efforts have culminated into the launch of SheforChange - Our compendium featuring narratives of Airtel women employees on personal or professional impact brought in their ecosystem.”

If your organization have programs which work in the space of women empowerment, then do let us know in the comment section below.

Ridhi Chugh is part of the Editorial Team at People Matters. She can be reached at ridhi.chugh@peoplematters.in.
NEXT STORY: Surviving the era of ‘Digital Darwinism’
Also Read: Building a culture of openness, trust and transparency is the way to agile organisations
Also Read: Reconciling differences to build an inclusive workplace

Navigating the changing talent acquisition landscape in the BFSI Sector

Learning for excellence: How SMBs can build competencies to embrace the future of work?

Building a culture of openness, trust and transparency is the way to agile organisations

Look on the intersection of tech and people with fresh eyes