Article: Bluestone Founder-CEO on the importance of setting clear goals

We were a small teamand we never had a formal review or appraisal process. Appraisals for people was something that we never actively worked on. It was not clearly written anywhere that ‘this is the job that you need to do’; it was obvious and everyone was working, almost everyone, most of our team members were working tirelessly and when we actually sat down and reviewed, what happened was that we found gaps in a few cases between what people thought they were doing and the things they should have done. It was also coming out very clearly that it was never put on the table and that people did not know that it was expected out of them. Because there was no formal process around it, it was an expectation mismatch between the manager and the reportee. 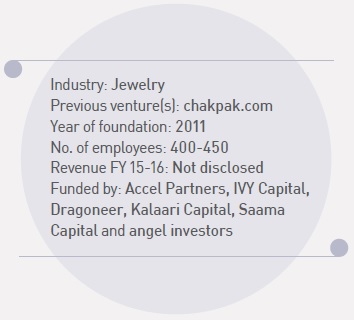 This is something that you need to do address early on so that you don’t run into such scenarios and both your manager and the reportee know what is expected very explicitly. That’s when I realized the importance of having clear goals, setting up clear job definitions, and setting up clear expectations of all. Now we follow a quarterly review cycle - more than a review cycle it is expectations setting cycle to make sure that from the top everyone is very clear about the vision and the direction in which the company is going. It is not just about solving a problem but also about creating processes to make sure that in future you will not encounter such problems. When you have certain policies and processes built around, such issues don’t linger around in the company.

The editorial team at People Matters has features writers, researchers and content experts with rich domain knowledge. We endeavour to create an impact on the HR community through thought-provoking and futuristic content.
NEXT STORY: 3 Venture Capitalists share their assessments of core teams

Manoj Kohli on the 7 pillars of post-COVID recovery & growth