Having two co-founders is ideal 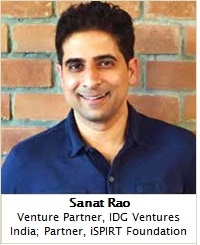 When we partner with a startup, we look at 3 things -  Market, Product and a Team. Market basically takes into account what the company is trying to solve. The second thing is - How unique is the solution. Are there a 100 different players doing the same thing? What is the traction? The third area is the team. When we look at the team – there are a few things which are really important. The first is – how passionate is the CEO about the idea, what is the conviction that he will stick to the vision even during tough times. That is a part which is very critical which comes across when we talk to the founders. The good ones communicate the passion and the urgency that they have. The future of the company depends more on the CEO – more than any other co-founder. We look for that X-factor, where they have this passion and this ability to articulate the vision. In India we have this challenge that most people aren’t good communicators and most of the founders are great engineers but not great communicators. When you find somebody who is actually good, that automatically stands out. The co-founders also need to have complementary skill sets. So if it two co-founders both are from IITs – both engineers and both into product – it is ideal if one builds the product and the other builds the business. 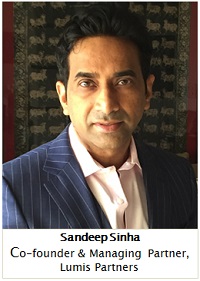 The most important factor, without fail, that we look for in startups, is the team. If driven by passion and committed, a winning team can make an idea into a business and propel it forward. Yes, scalability and business model are very important, but the entrepreneur or rather the core team is the most important factor of all behind a venture’s success.

As venture capitalists, we overall look at the culture of the startup. Functional skills are important, but it is the former that needs to be an ever-present.

Successful ventures are winning teams – they are not individual contributors who are extremely good at their jobs, but work cohesively, bring the best out of each other and have a winning culture. Sometimes entrepreneurs are also guilty of not letting go. Lately it has been observed that talent joining startups from corporates hasn’t fit well in the startup culture, and there have been uncalled exits. But it isn’t always the candidate’s fault. In our experience, entrepreneurs do not relinquish control completely and fail to give the new leader the complete autonomy to operate in. And people do not leave their jobs for commercial reasons, they leave when they stop feeling fulfilled by their jobs. So startups should give people the freedom to operate and communicate about expectations. 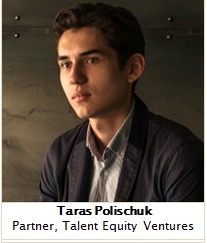 I strongly believe that any idea can be executed. So having a good idea is not really a competitive advantage. What is required is perfect execution from the team, that is the first thing that I would look.

Although I believe that one strong person with a vision and execution capabilities is enough to build a business but having a co-founder helps a lot. It helps from a psychological perspective – when you are building a business alone. Basically, it is very important for a person to have thinking partner. And when you don’t have a thinking partner -- there is an expression in my native language – “boiling in your own juice”.  So its like you are really inside yourself and you don’t have enough opportunities to get the reflection on your thoughts and having a thinking partner is extremely important to arrive at a better answer or to make a better decision. If you look at the overall statistic, there is a report that was published a few years ago or maybe 10 years ago by Silicon Valley research called Startup Genome and they basically did their research across 1000s of companies and startups and calculated the probability of success based on certain factors and basically tried to define these success determiners. And according to them, startups that had at least two co-founders were statistically more successful than those who had one founder. So my experience and science shows that it is better to have multiple co-founders in the team.

The editorial team at People Matters has features writers, researchers and content experts with rich domain knowledge. We endeavour to create an impact on the HR community through thought-provoking and futuristic content.
NEXT STORY: Rajiv Jayaraman on assessing candidates while hiring for KNOLSKAPE

The future of corporate assessments

360 FEEDBACK: The most powerful tool for skills development

Can you predict a candidate’s performance before hiring?