The good. The bad. The ugly. Bosses are the ones who see us through it all--especially when we spend at least eight hours a day in the office!

As employees across the globe celebrate Boss's Day, let’s take a look at some of the major Hollywood bosses who have made a memorable impression in our minds, either through their leadership qualities, charisma, or ability to change mindsets.

The new-age, open-minded, and empathetic boss: Jules Ostin from The Intern

The founder and CEO of About The Fit, an up-and-coming online fashion company in Brooklyn, New York, Jules Ostin is this open-minded and approachable boss who seemed to have not only embraced the new ways of working but is also leading them. She has created a quirky workspace and even cycles in office occasionally! She believes in leading by example and has left the culture of hierarchies behind. In fact, Ostin, is a CEO who personally tries on every piece of clothing to detail the fit, and even spares a little time to work in customer service. Empathetic and futuristic, Ostin is also passionate about diversity whether gender or generational.

The glue aka Superboss: Nick Fury from Avengers

Nick Fury, as Director of SHIELD, spotted the Avengers strewn across galaxies and brought them together. In HRspeak, it is often said, ‘hire the right person or don’t hire at all!’ Agent Fury single-handedly recruited the top ‘talent’ and convinced them to fight for a common cause. He tapped into their strengths, helped them overcome their distractions, and kept them “assembled” in order to protect the world. Nick Fury is the embodiment of the boss who hires the best people, invests in training them, coaches them in the desired skills, and then lets them do what they were hired for--their jobs! With outstanding people skills that enable a boss to coach and motivate even superheroes like Iron Man, Thor, Hulk, and Black Widow, Nick becomes the superboss who can strike a delicate balance between handling a diverse group of people and difficult circumstances while ensuring the safety of his team. All the time, not losing sight of the end goal!

He empowered his team to respond to dynamic and challenging situations even if it meant straying from accepted norms and set procedures. While being a boss is to have the authority to make decisions and the power to enforce them, a true leader has the superior ability to guide and motivate people in positive, compelling ways.

The honest boss who’s got your back: Marty Baron from Spotlight 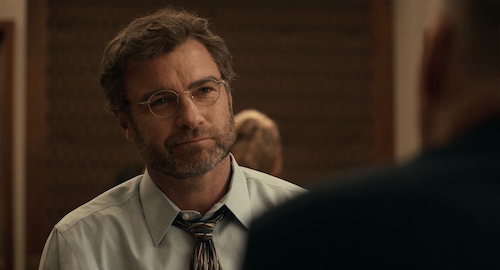 Marty Baron, currently the Executive Editor of The Washington Post, has been a living legend in the field of journalism as the editor who guided the Spotlight team at The Boston Globe in their investigation of the Catholic Church to reveal the widespread cases of sexual abuse that had not been previously brought to light. His character was played by Liev Schreiber in the Oscar-winning movie Spotlight.

As a movie character that is based on a real-life boss, who is merely doing his job as an editor of a renowned news agency, Marty Baron’s work at The Boston Globe is a reflection of the kind of tenacity and perseverance that a good leader must possess, especially when leading a team through tough times. He is objective, open, and honest about the realities of the market conditions and about his opinions regarding the projects that his team is working on. He leverages the expertise and organizational knowledge of the departmental editors and investigative reporters. When the reporters are prepared enough to launch an investigation against Cardinal Law, he’s got his team’s back. His clarity about The Boston Globe’s mission and willingness to brave the wrath of the society and the church make him a truly inspirational boss.

The boss who knows your true potential: M from James Bond movies

“Take the bloody shot”, one of the most famous lines from ‘M’ in the James Bond movies. A leader needs to make tough decisions and Judie Dench, who played the fictional character of ‘M” the Head of MI6 is a classic example of such a leader. She was alert and always had a grasp of the bigger picture. She is one of the few bosses who understands the true potential of not only the ones reporting to her but also her peers.

M plays a vital role of being the boss who boosts the morale of seemingly strong characters such asJames Bond. At times, even when Bond himself didn’t know his true capacities, she knew, and knew how to draw out the best from the best ‘talent.’ In her own way, M instilled confidence in her employees and the team. Don’t we all need a boss like M at our workplace who will support us and believe in us, even more than we do? Even if we mess up, the bosses should tell that; ‘You were just doing your job.’

An unconventional boss: Jordan Belfort from The Wolf of Wall Street

The Wolf of Wall Street, a film by Martin Scorsese is a prime example of financial corruption, excess, and corporate greed. It’s the rags to riches to rags story of a hotshot, real-life New York stockbroker, Jordan Belfort (played by Leonardo DiCaprio), who conned his way through life, starting at the bottom of the Wall Street pecking order and by the 1990s making millions selling worthless stocks.

However, we could not help but admire his ability to rally the troops, and inspire exceptional performance. Known for his ruthless business practices and questionable personal infliction, Jordan Belfort motivates and encourages his stock broking employees to achieve excellence (which, according to Belfort, can be measured in riches). As their boss, he is feared and venerated, clearly having chosen the directive and achievement-oriented styles based on his staff members’ external locus of control, being greed, and their high expectations of success.

And how can we forget his famous example of “Sell me this pen?” If you are fortunate enough to have a boss like Belfort, in no time you will become a good sales executive. Sales and customer delight are two things that one can learn from Belfort.

Belfort encourages his staff and sets challenges that enable his staff to assert themselves, and excel. Although his ethics are constantly in question, throughout the movie, Belfort’s leadership skills are extraordinary.

Movies are nothing but a reflection of real life. Now that you've taken a closer look at these reel life bosses, look around you--perhaps, you have a movie boss right there in your office! Do, let us know the type of movie boss you work with.

The editorial team at People Matters has features writers, researchers and content experts with rich domain knowledge. We endeavour to create an impact on the HR community through thought-provoking and futuristic content.
NEXT STORY: Ownership brings the best in people: CEO Rebel Foods
Also Read: View from the Top | Nicole Reid of Xero
Also Read: View from the Top | Kathryn van der Merwe of ANZ